Roommates, over a week after the 2020 election, the state of Alaska has finally completed counting its votes—and Donald Trump came out victorious. Just like in 2016, Trump secured the three electoral votes necessary to declare him the winner in Alaska, as he topped President-elect Joe Biden in official voter tallies.

As one of the last states to finish its initial vote counting, it has been confirmed that Donald Trump has won the state of Alaska, along with its three electoral votes. His win in the state comes days after Joe Biden secured more than enough of the required 270 electoral votes to declare him the President-elect and win the general White House race.

Alaska typically supports Republican presidential candidates, however Trump’s lead in polls there had been smaller than expected, with the Republican nominee leading by fewer than 10 points in some recent polls.

Additionally, it should be noted that Trump’s win in Alaska essentially means nothing, for his vote count nor his quest for a second term in the White House, as Joe Biden has already been called as the President-elect with a current electoral vote count of 290 while Trump sits at 217.

Two states remain to be called – North Carolina, where Trump leads by more than 70,000 votes, and Georgia, where Biden leads by about 14,000 votes. Georgia Secretary of State Brad Raffensperger, a Republican Trump ally, has announced a hand recount, which will be costlier and likely less reliable than a machine recount. 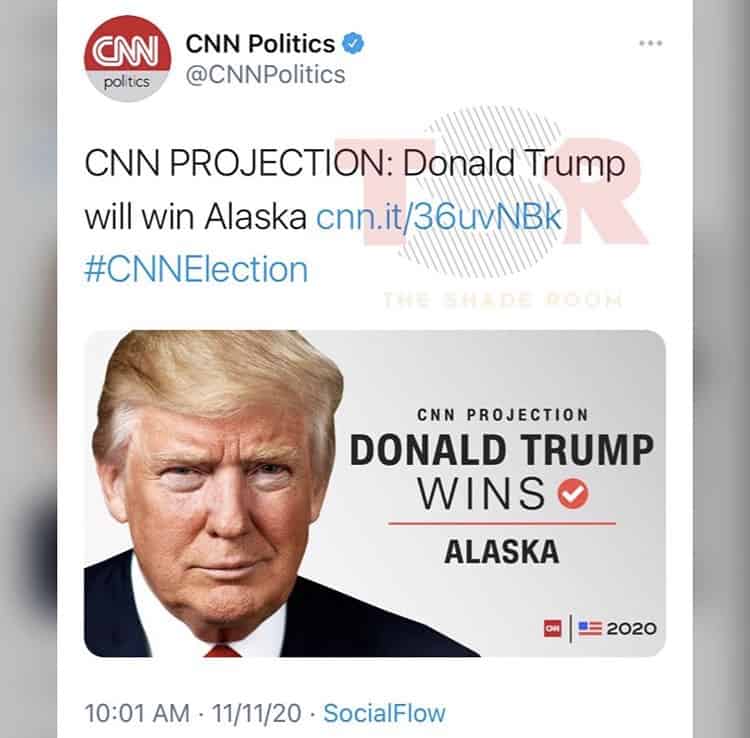