Roommates, things turned violent over the weekend in Washington, D.C., as an estimated 20 people were arrested as violence broke out during clashes between pro-Trump supporters and anti-Trump protestors. Things escalated after Trump rode through a MAGA rally of his supporters while on his way to the golf course.

Thousands of Trump supporters took to the streets of Washington, D.C. to protest supposed voter fraud in the 2020 presidential election—and things quickly turned violent. At least 20 people were arrested on a variety of charges, including assault and weapons possession. There was also one stabbing reported, two police officers were injured and several firearms were recovered by authorities.

The Trump supporters daytime rally, which was called a variety of names including the Million MAGA March, Stop the Steal and March for Trump, started at Freedom Plaza, as parts of the group then marched to the Capitol. The crowd was largely protesting false claims of  “voter fraud,” to “show support for our President” and to “preserve the integrity of the vote.”

The Trump supporters got into both verbal and physical altercations with Trump protestors near the Supreme Court, where some held up signs supporting Joe Biden and #BlackLivesMatter. Dozens of police officers separated the two groups as they verbally attacked each other through megaphones.

Elsewhere at Black Lives Matter Plaza, just a block from the White House, Trump supporters and protestors continued their conversations, resulting in liberals chasing conservatives from the plaza and some tearing flags from Trump supporters and screaming at them on megaphones to “get out” of the city. 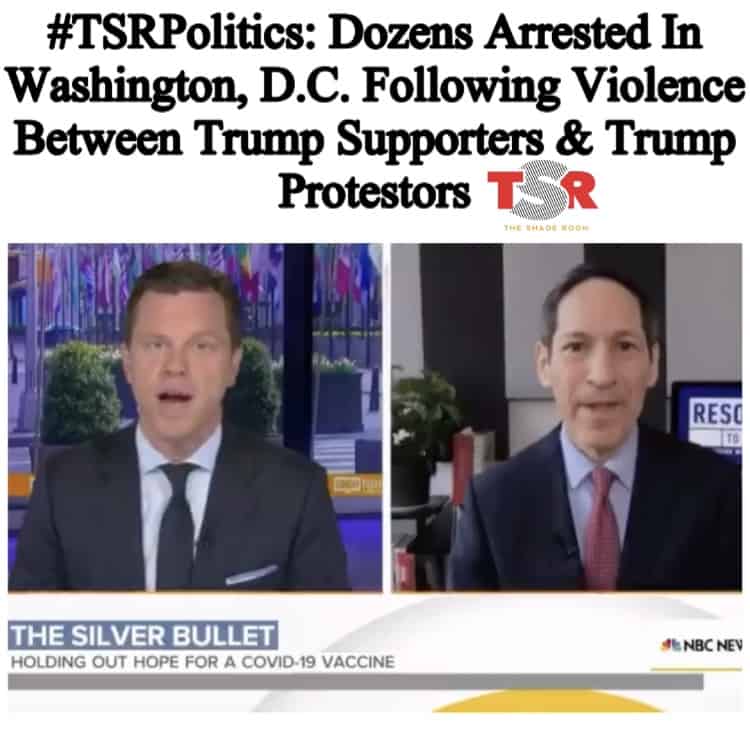