This Luxury Bag Designer Is Being Labeled A Thief
TSR Series

However, the luxury designer is now being called out for scamming hundreds of thousands of dollars from Black investors.

Successful Black investors like Jodi Lewis, Rosa Ruffin, and Anthony Beverly claim to have signed contracts with Moore, sent thousands of dollars in investments for shows that never happened, and then gotten blocked!

Isaac Moore and his attorney claim that the accusations against him are completely false, despite the fact that a number of pending cases against him were also discovered in Harris County, Texas, related to theft of funds and stealing from not only business entities, but also from individuals.

Could this be a miscommunication between business partners? Or an elaborate scam that’s slowly unraveling?

Lewis, like others, was captivated by Moores’ unboxing experiences, wherein celebs like Kodak Black and Jamie Foxx get custom designed boxes containing one of Moores’ luxury items.

She says she purchased one for a friend, but she didn’t expect Isaac Moore to reach out to her personally after she paid for it.

He wanted her to invest in a showcase to promote a new line of his luxury bags for a collection called “Space City.”

“He said he had a show in May, and after that show he would return my investment and then we would work out some kind of profit-sharing, Lewis said.

She owns and operates a public relations firm, so she saw an opportunity to work with a trendy and new luxury bag designer.

She figured Moore already had money based off his celebrity connections, which was enough for her to make up her mind and invest.

Moore and Lewis signed an agreement and the showcase was scheduled for May 29, 2022.

But Moore suddenly cancelled, she says. He rescheduled several times, but when December came around, still no show.

She quickly learned Moore had blocked her, and hasn’t received a penny back ever since.

“He’s a scammer, a con artist, this is what he does,” Lewis said.

And the same thing happened to Rosa Ruffin a year earlier. Ruffin was one of the first to file a police report over the matter in her native Houston. 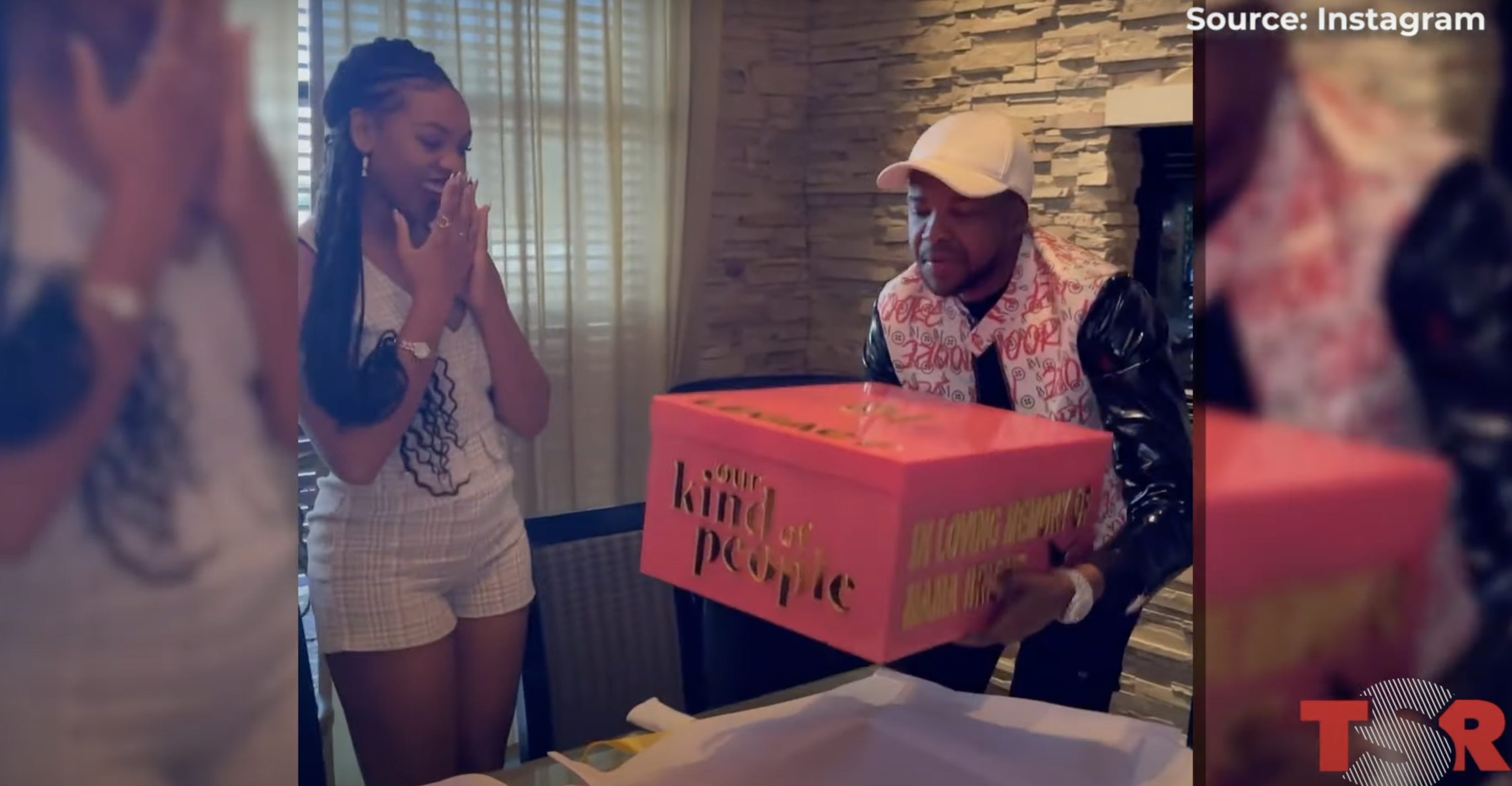 She says at first, he tried to ask for $175,000, She eventually settled on sending $13,000, and has never heard from nor received any money from Moore as of this article’s publication.

A lawyer hired to represent one of the victims uncovered that Moore had been arrested for theft in 2020, after allegedly passing along a bad check to a Maserati dealership for car repairs.

“I trusted him and went with my heart,” Anthony Beverly, another alleged victim, told TSR Investigates. “I was wrong (to do so).”

Ironically enough, Moore does have a scheduled date for his next collection, but it remains unclear how or if any profits will go back to his scorned investors.

His attorney would only offer “there’s way more to the story than what’s being told,” but declined to elaborate any further.

A statement provided to The Shade Room characterized the victims as being interested more in spreading a smear campaign against Moore than any kind of monetary gain.

The victims say there are at least 10 more like themselves who have been conned by Moore. They intend on filing a full lawsuit by the end if the month.

Snoop Dogg Calls Out The GRAMMYs For Continually Snubbing Him: ’20 Nominations. 0 Wins.’

Jay-Z Says ‘RENAISSANCE’ Deserved To Win GRAMMYs Album Of The Year: ‘It Has Inspired The World’

Offset Seemingly Shuts Down Report About Physical Altercation With Quavo At Grammys: ‘Y’All N****s Is Crazy’