Nearly a year has passed since 23-year-old Ta’Neasha Chappell mysteriously died in an Indiana jail. Yet new evidence may reveal exactly what happened. Chappell, who fell ill in her cell, begged for medical attention for nearly 16 hours to no avail.

While no arrests have been made, and no officials have been held accountable, Ta’Neasha’s family is still demanding answers.

In this TSR Investigates update, we uncover new police photos, inmate confessions and interviews that might be the missing pieces to solving this complex puzzle.

On July 16, 2021, surveillance video captured Chappell inside the Jackson County Jail as she pleaded for help. She died after jail staff finally took her to a nearby hospital, where emergency room staff noted that her symptoms were similar to antifreeze poisoning,

The Shade Room got access to a taped interview with a former inmate of Ta’Neasha’s in county jail, who claimed that another inmate named Sylvia Terry admitted to poisoning Ta’Neasha, and that it was racially motivated.

“It was a constant racial thing going on, but they’ve got the guards back there and the guards didn’t give a damn. Sylvia didn’t care. (Fellow inmates) Megan McIntosh didn’t care, Amanda Burton didn’t care, and Mia Digonia. Those are the ones who tormented her. Megan McIntosh made a noose out of some old material or whatever that Sylvia had. The day that I got moved to the pod… one of the guards told Ta’Neasha to get her Black a** off of the bed,” the unnamed inmate revealed.

The former inmate went on to say how Sylvia Terry “snapped” on Ta’Neasha before making threatening remarks. Hours later, Ta’Neasha would become sick.

“Then Sylvia snapped on everybody, well basically Ta’Neasha” the unnamed inmate said. “Then she said ‘Ain’t nobody going to do nothing unless through me.’ Ta’Neasha didn’t come out of her room much that night and within a few hours she was getting really sick.” 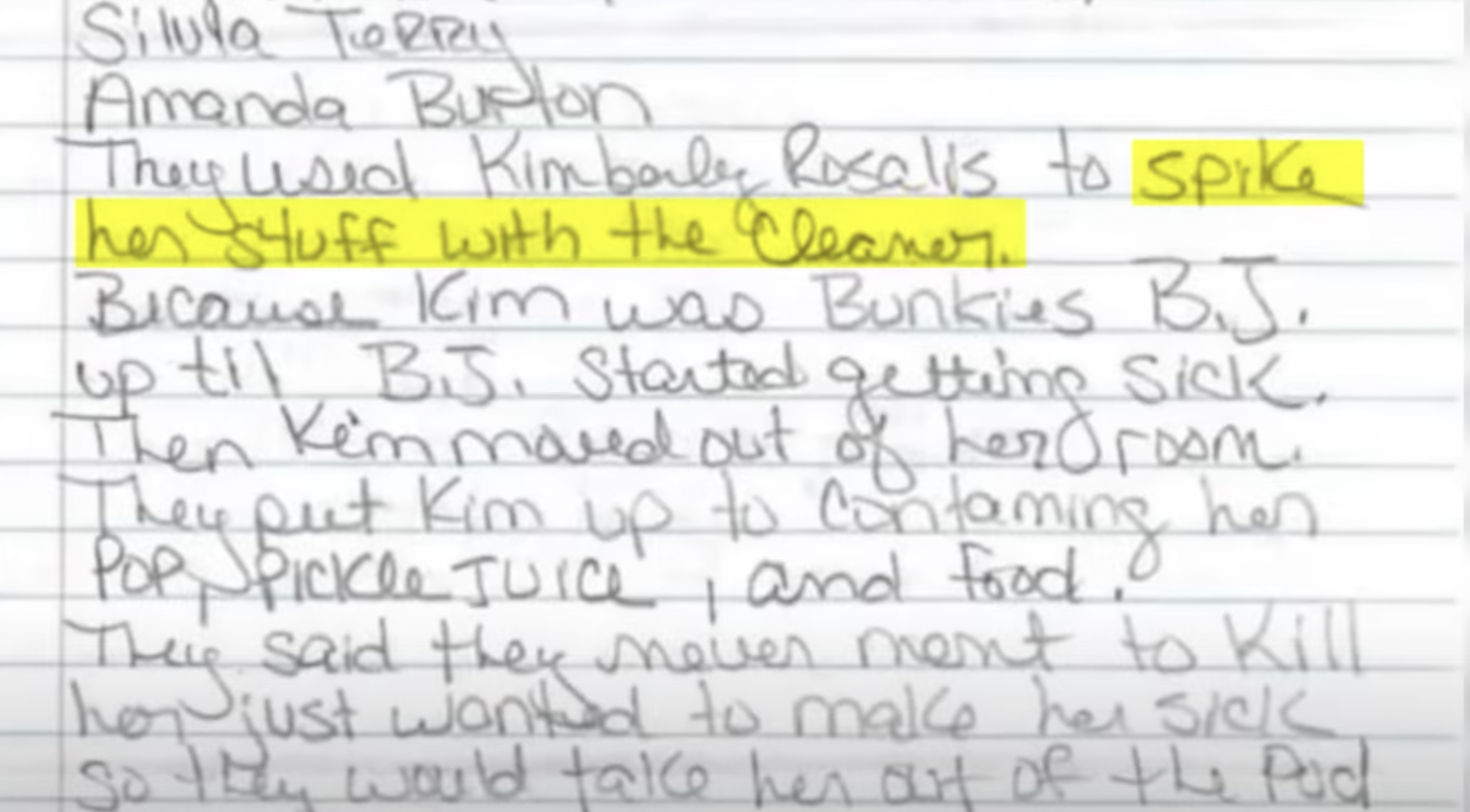 In a jailhouse letter, another inmate wrote that two other inmates devised a plan to “spike her stuff with cleaner” and contaminated her “pop, pickle juice and food.”

“They never meant to kill her, they just wanted to make her sick so they could get Ta’Neasha out of their pod,” the letter goes on to say.

TSR Investigate’s investigation into Ta’Neasha’s death has since caused an uproar on social media, drawing the attention of actress Viola Davis  who posted about it to her 9.6 million followers on Instagram.

Further enraging members of Ta’Neasha’s family is the fact that staff at the jail could be seen in several photographs enjoying a potluck meal as Ta’Neasha was dying nearby.

Her family has since launched a civil case against the jail and Ta’Neasha’s fellow inmates, and plan on marching to the Jackson County Jail on July 16, one year to the day that she died.

TSR Investigates reached out to the Jackson County prosecutor for comment, and were still waiting to hear back as of Thursday.

Woman, 29, Arrested By New Jersey Police For Posing As A High School Student For Nearly A Week

5 Former Memphis Police Officers Charged In Death Of Tyre Nichols: ‘This Was Wrong. This Was Criminal’