A shooting at DaBaby’s Troutman, NC mansion on Wednesday night points to the wounded person being a trespasser.

WSCO’s reporter Dave Faherty confirmed that police are still investigating the shooting at DaBaby’s mansion. Reports confirmed that the person shot on the estate was not a guest. The property has over 8.5 acres of land. Realtors value the mansion at nearly $2.3 million.

The police chief believes the suspect hopped the fence to get on the property. Authorities confirmed the shooting wounded one person. Police found the injured person on the football field directly outside DaBaby’s mansion. Detectives investigating the incident stated several no trespassing signs surrounding the property.

Police released no information about the victim’s identity. A Charlotte hospital treated the unnamed individual with non-life-threatening injuries. During the incident, another person was inside the mansion with the rapper. Officers have not released their name, nor have they revealed if any charges will be filed. They, however, did state a gun was seized.

While it’s unclear if DaBaby was the shooter, he seemingly responded to the incident on his Instagram story, writing, 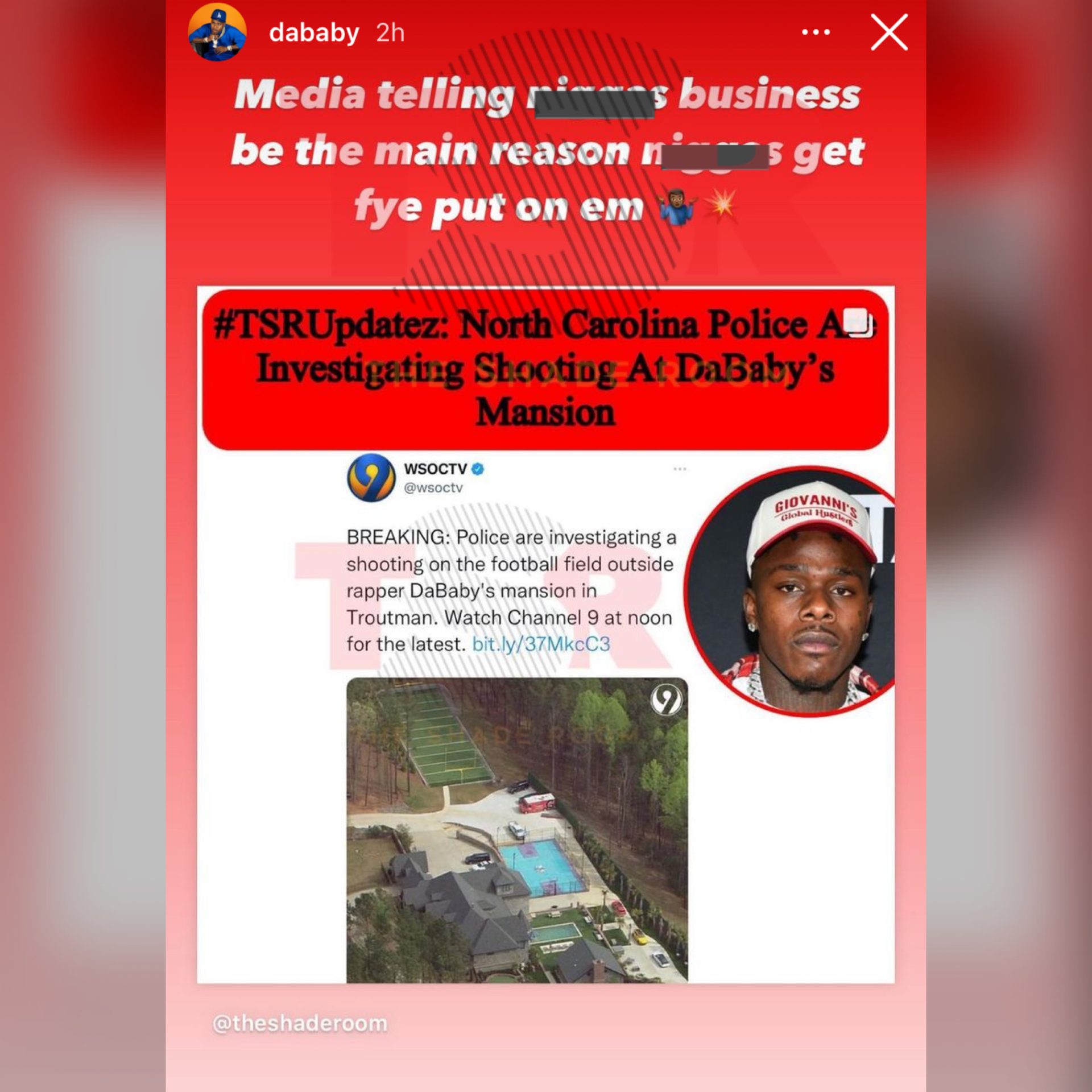 DaBaby has a history of defending himself and his family. Previously, in March 2019, a judge dropped charges against DaBaby following a deadly shooting at a Huntersville, NC, Walmart. Authorities said DaBaby shot and killed 19-year-old Jalyn Craig during a fight inside the store in November 2018. Previously, DaBaby has been vocal about the incident.

The rapper dodged charges of carrying a concealed gun in the case.

Roommates, we will continue to update you as more information becomes available.