Police Officer Found Not Guilty In The 2012 Shooting Deaths of an Unarmed Couple!
Celebs

Police Officer Found Not Guilty In The 2012 Shooting Deaths of an Unarmed Couple!

“I find that the state did not prove beyond a reasonable doubt that the defendant Michael Brelo knowingly caused the deaths of Timothy Russell and Malissa Williams, because the essential element of causation was not proved for both counts. It was reasonable despite knowing now that there was no gun in the car and he was mistaken about the origin of the gunshots.”

Those were the final deciding words of Judge O’Donnell in the case against Officer Michael Brelo. In other words, Michael has been found not guilty in the 2012 shooting deaths of unarmed Ohio couple Timothy Russell and Malissa Williams.

For those you are not familiar with the story, the couple met doom head on while police persued them in a high speed chase after officers tried to pull them over for a turn signal violation. When the car accidentally backfires, police took it as Williams and Russell opening fire in retaliation and that’s when all hell breaks loose. In the end, the couple was killed after being shot over 20 times in a hail down of almost 140 bullets!

Of course one officer could not have delivered that many bullets, there were 13 in total but Officer Brelo was the only officer to be charged. According to prosecutors, he intended to kill that couple because he took the time to reload his weapon during the shooting and delivered 15 more bullets into the windshield while standing on the car’s hood when it was stopped. An accusation if true makes this verdict an even harder pill to swallow .

In his own defense, Brelo stated, “I thought my partner and I were being shot and that we were going to be killed … at which point, I drew my weapon and I shot through the windshield.”

Michael Brelo was acquitted of voluntary manslaughter and a lesser charge of felonious assault. No gun was ever recovered in the vehicle. Brelo fired 49 shots at the unsuspecting couple.

The verdict came in while tensions are already thick between police and minority civilians after the deaths of Michael Brown, Eric Garner, and Freddie Gray. Judge O’Donnell says this judgement should not be an excuse to cause rioting.

Let’s chat below do you think this verdict is justified ? 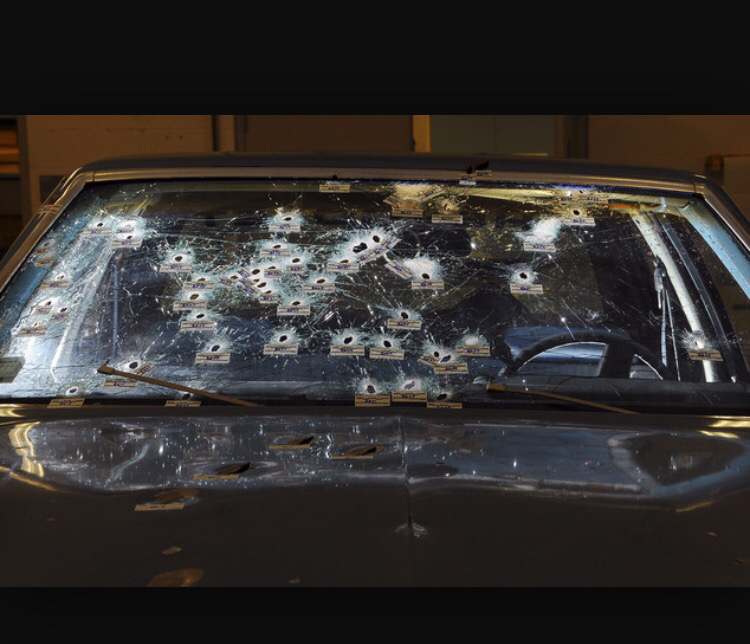 Usain Bolt On Fired Business Manager And Missing $12.7 MILLION: ‘It’s Put A Damper On Me’

WATCH: Nia Long Says She Has Her ‘Eye On One Person’ Following Split From Ime Udoka