Roommates, Trump finally publicly acknowledged for the first time that Joe Biden won the election, but that doesn’t mean his stance has changed. Trump is still falsely claiming that the 2020 presidential election was rigged despite there being no evidence to support his claims—and that he refuses to concede his loss.

Trump wrote the following message on Twitter acknowledging that Joe Biden won the election, before quickly doubling down on the false claims that he actually won instead:

“He won because the Election was Rigged. NO VOTE WATCHERS OR OBSERVERS allowed, vote tabulated  by a Radical Left privately owned company, Dominion, with a bad reputation & bum equipment that couldn’t even qualify for Texas (which I won by a lot!), the Fake & Silent Media, & more!”

He wasn’t done and added a bit more, stating once again that he refuses to concede:

“He only won in the eyes of the FAKE NEWS MEDIA. I concede NOTHING! We have a long way to go. This was a RIGGED ELECTION! RIGGED ELECTION. WE WILL WIN!”

Even as a growing number of top Republicans urged Trump on Sunday to concede and allow for an orderly presidential transition to Joe Biden, he refuses to do so. He instead continues to spread baseless accusations about election fraud that his supporters have continued to embrace.

Trump continues to claim, without evidence, that the election was rigged, including falsely asserting that poll watchers were not allowed to observe ballot counting and that the tabulation machines were tainted. His campaign has filed lawsuits in several states challenging the results, which were met by a series of losses in court. 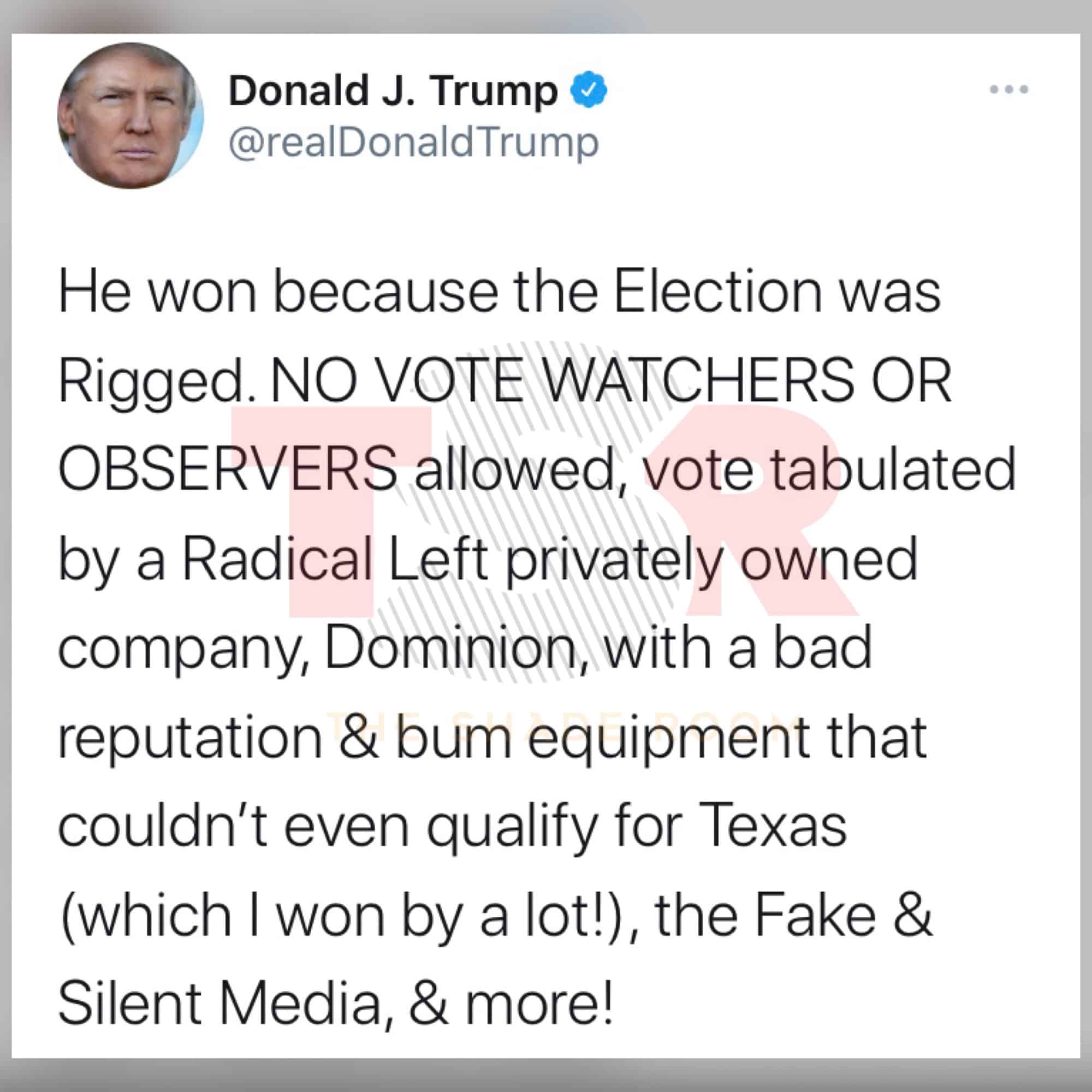