#TSRExclusive: A Rep For Bow Wow Says Kiyomi Leslie Was The Main Aggressor In Fight, Police Release Her Mugshot 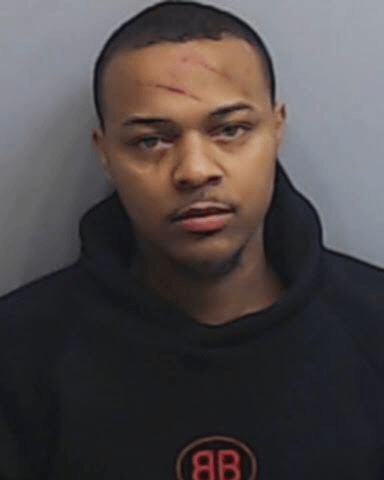 #TSRExclusive: A rep for #BowWow says #KiyomiLeslie was the main aggressor in the alleged fight that happened between the two.

Apparently the two rekindled their relationship recently but were keeping things on the low. Early this morning the rep said Kiyomi was upset that Bow Wow was going to #SuperBowl related events without her, which is when she allegedly picked up a lamp and bashed his face.

The rep said Bow Wow suffered multiple injuries including a gash in his neck and side, and bruised ribs.

As we previously reported, #Atlanta police confirmed to us that the fight happened early this morning and after officers interviewed the pair, they decided to arrest both of them on battery charges.

#FultonCounty officials released their mug shots to us. “Both were able to go before a Fulton County Magistrate Judge who granted the defendants $8,000 signature bonds,” a spokesperson for the sheriff’s office said.

Bow Wow has since been released but no word on Kiyomi. We’ll keep you posted with any further updates, #Roommates.

Amber Rose Shares A Message Regarding Her Resurfaced Tweet, Says Kim Kardashian & Her Sisters Didn’t Deserve What She Wrote