Roommates, while you and your family are enjoying Thanksgiving, the ladies of the former VH1 reality series “Hollywood Exes” will be reunited and catching fans up on what’s been going on since the show ended…including Andrea Kelly. R. Kelly’s ex-wife addressed the widespread question concerning why she still continues to keep her ex-husband’s name despite their divorce and his current legal issues.

In an exclusive clip of the upcoming reunion, hosted by Jeannie Mai, Andrea Kelly is blatantly asked why she has still continued to maintain R. Kelly’s last name given the fact that the two have been legally divorced for several years.

Andrea’s responded with the following explanation:

“It’s for the kids, and for me, it’s because I paid for my name in blood, sweat and tears literally. Literally. At the end of the day, people need to realize our last names are not car leases. It’s not like at the end of the marriage give it back. Every woman sitting up here has earned that name. Because nobody’s sitting up here was a baby mama. Everybody was a wife.”

“It’s very difficult but I also had to realize people crucify me for the very thing they’re curious about. At the end of the day, if my last name wasn’t Kelly, you wouldn’t be looking me up on Instagram and you wouldn’t be looking me up and TMZ wouldn’t be calling me. If I was Mrs. Jones, on the corner, going through the same things, no one would care. So if Kelly makes 20/20 call my phone. If I can get on ‘The View,’ and talk about domestic violence awareness I will continue to use this name. Because the last name Kelly can surely get s**t done. What I do with my last name should be more important than why I kept it.” 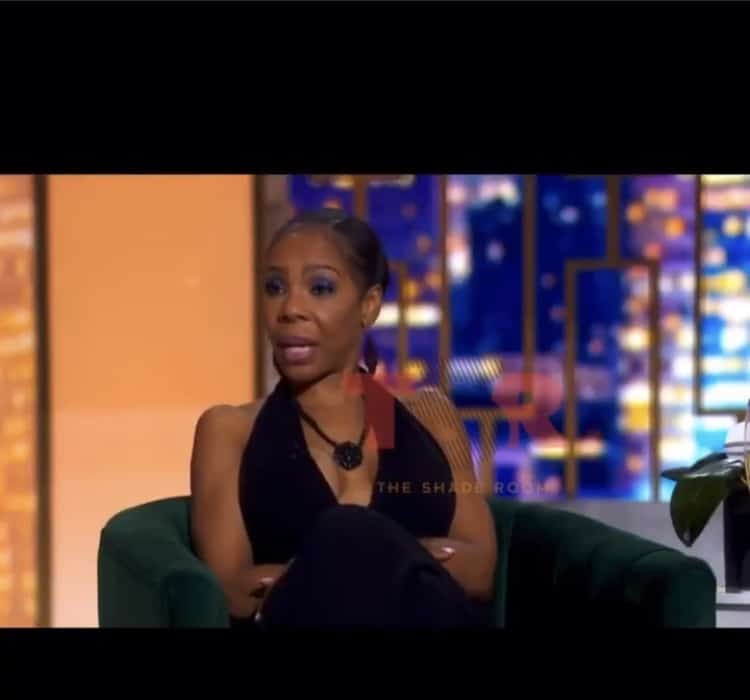