Roommates, everyone has been buzzing about what’s really going on with Blueface and his self-proclaimed “Bad Girls Club”—and now, he’s officially offered a bit of insight. Taking to his Instagram stories, Blueface posted a lengthy clarification about what the purpose is behind having several women move into his house and fight each other.

Blueface’s “Blue Girls Club” features several women who have found a new home at his Los Angeles mansion. The at-home reality show has released episodes on OnlyFans, and features endless twerking, intimate bedroom details and multiple fights that have sent some of the women to the emergency room.

In response to the ongoing criticism, Blueface posted the following response:

“I don’t have relations with any of these women. The purpose of the show is to develop these women by exercising there temper attitude patience an composure. An I’m letting then use my platform as a second chance to chase there dreams without selling themselves to get by. We are all 1 family. They all have a past I just wanna change their future”

“There is no mas production behind this I’m the soul proprietor behind funding location an activities. I’m not lookin to make money off these women from Onlyfans but I would atleast like to make back what I put in. At the end of the day I am a business man”

Earlier this month, Blueface took his girls down to Skid Row in Los Angeles to throw money at the homeless. 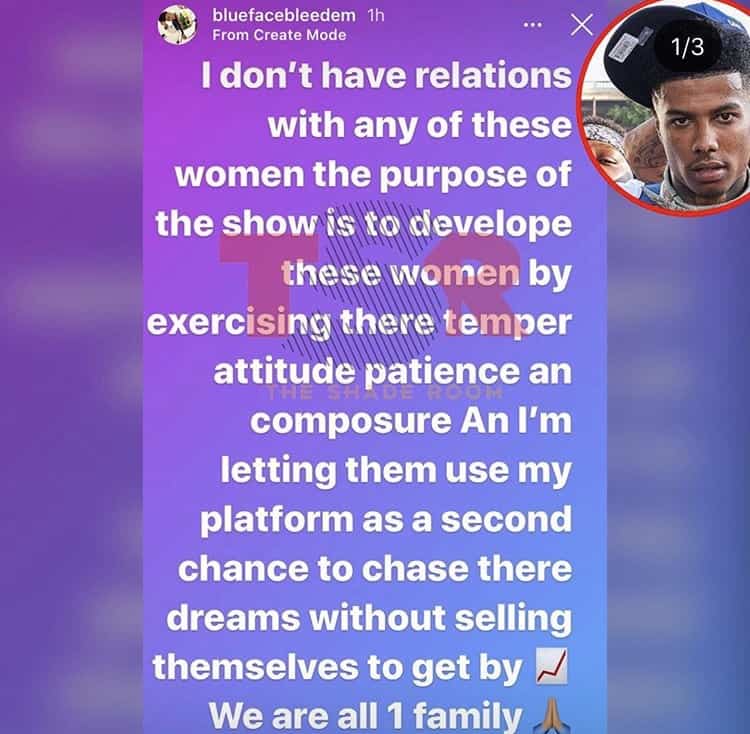