It’s a new year, and Chrisean Rock has yet another tattoo of Blueface’s government name. Despite the public fallout that has occurred, it seems that she still has love for her former boss.

On Sunday, Chrisean took to Instagram to share that she now has a tattoo on her bikini line that says “Johnathan’s P***y. She shared footage of her getting the tattoo, and after sharing the finished look, she followed up with an explanation of her new tattoo and said, “I got it because it is what it is.”

As we previously reported, last month Chrisean was arrested in Oklahoma for possession of a controlled substance. Following the news of her arrest, Blueface spoke out and said, “For all you people saying, ‘you were f****ing her.’ You told her you loved her.’ When does that ever make it OK to steal somebody’s car to drive it across the country to give it to their mom?”

He then alleged that she wrote, “I 💙 Blue,” and signed it “Rock,” with blood. She has since made that image the profile photo for her Instagram account. 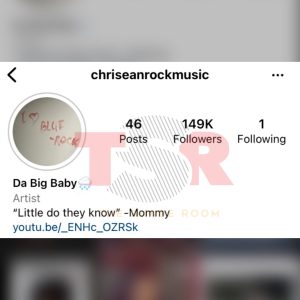 Last year, Chrisean showed off a tattoo of Blueface’s name and explained the tattoo by saying, “They know why I got this sh*t…I pop up with a stomach, then what?” She followed that with another tattoo of his name that she showed off last August.

At the moment, Blueface has not publicly addressed Chrisean’s latest tattoo of his name.