Bow Wow Gives Update On Documentary With Him And Romeo Miller

In early August, Romeo Miller took to Instagram in a lengthy post, saying that instead of doing a Verzuz battle with Bow Wow, they would both  honor each other instead. Romeo announced they would be coming together to highlight their careers in a side-by-side documentary.

It seems like Romeo planned his announcement at the perfect time because it was right as his father Master P finished his documentary, “No Limit Chronicles.” The five-part docu-series, which aired on BET, highlighted the remarkable journey of Master P’s “No Limit Records.” The docuseries, which garnered over 3.1 million viewers, gave millennials the chance to see a self-made Black businessman launch his record label empire and make history. Viewers became familiar with several No Limit artists like Mia X, Silkk The Shocker, Mystikal, and Corey “C- Murder” Miller.

On August 13th, Romeo shared on Instagram, “For the culture, instead of doing a Verzuz, I already hit Bow Wow to do a documentary, side by side, reminiscing on our historic young careers together. Stay tuned, and this is how we celebrate each other. God is real. #YoungLegend #History #Nostalgia #God.”

Fans were elated once the announcement was made. Three months have passed, and there haven’t been any updates about the documentary, so of course, fans are starting to get antsy. A fan asked Bow Wow about the documentary’s status, and he made a lengthy tweet giving further detail. He tweeted, ”He REACHED OUT. Nothing signed. No deals were made—a dm convo bout it. But I wish him the best. He’s smart, and he knows what he tryna do in life. I can never hate on the next brotha—That’s real.”

Even though Romeo said that he would be producing this for the culture, Romeo hasn’t spoken following Bow Wow’s response. We’ll keep you updated, roomies! 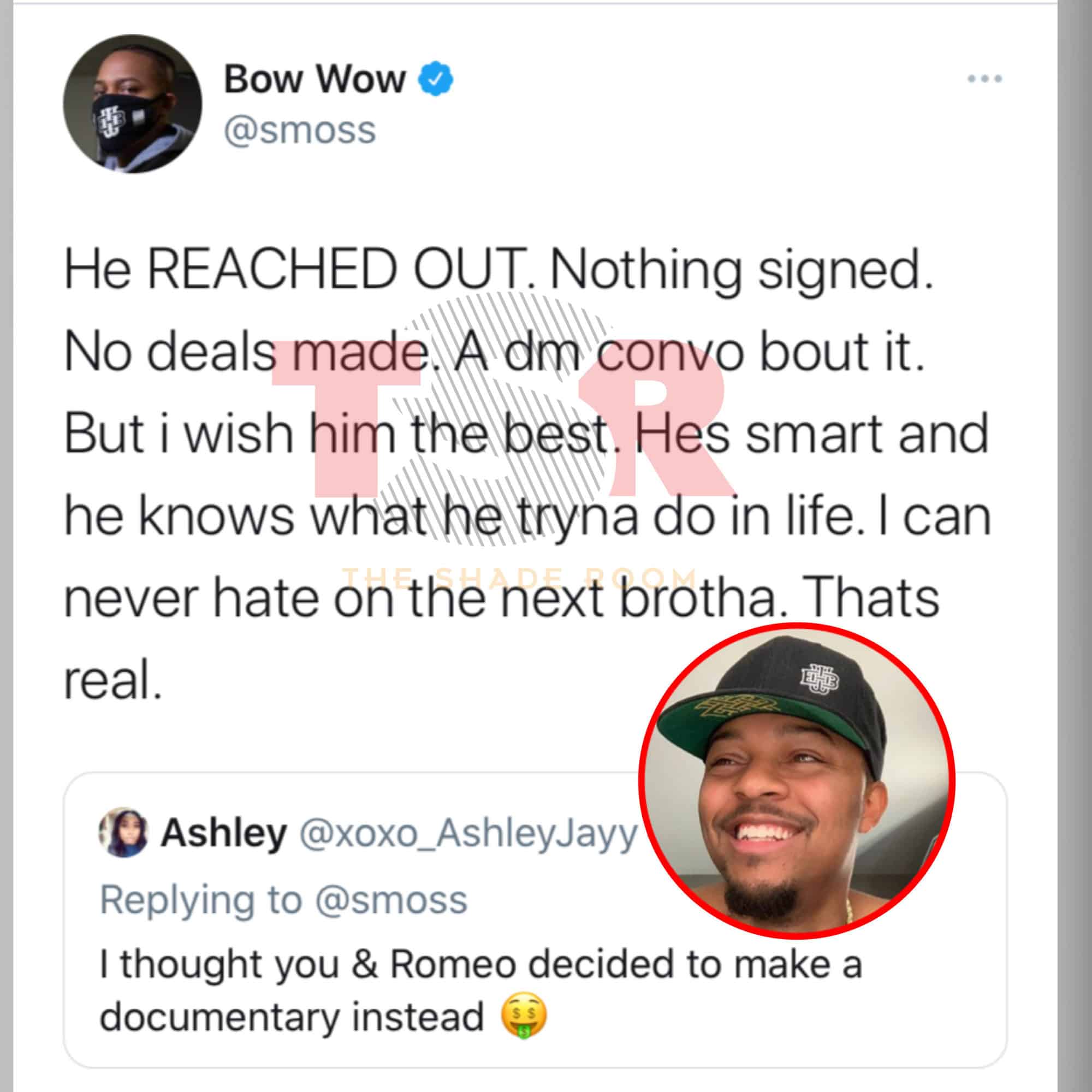 Pardison Fontaine Has His Sights On A Bet Award!