Retired NFL player Brett Favre is in the middle of a $6 million scandal impacting the state of Mississippi.

Mississippi Free Press reports that in 2017 former Governor Phil Bryant and nonprofit leader Nancy New agreed to give the former Packers quarterback millions of dollars, meant for poor families, when he requested it.

Court documents filed in a Mississippi court on September 12th suggest that Brett Favre received $1.1 million for speaking gigs that he never attended and $5 million to build a volleyball stadium at the University of Southern Mississippi (USM), a college his daughter attended.

Documents also suggest the organization “paid Favre $1,100,000 simply for the ‘purpose of enriching’ him,” the separate civil suit stated.

You have to be a sorry mofo to steal from the underserved pic.twitter.com/3oIhDABo8P

The evidence, however, shows that MCEC paid Favre $1,100,000 expressly to provide Favre with additional funds to use for construction of the Volleyball Facility.

Eventually, Favre is said to have asked for more funds and acquired $5 million in cash for the volleyball stadium. 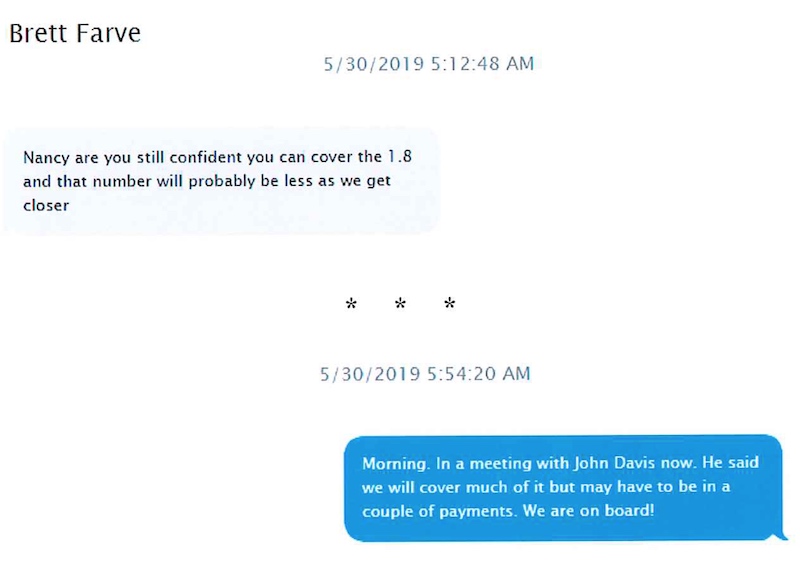 In a piece of evidence submitted to the courts, New allegedly texted Favre and stated Bryant was on board with their plans.

Wow, just got off the phone with Phil Bryant! He is on board with us! We will get this done!” per the filing.

While New was preparing to make a $600,000 payment to the Mississippi native, he asked if the “media” would find out, and she assured that the information wouldn’t be “publicized,” in newly released texts submitted as evidence. 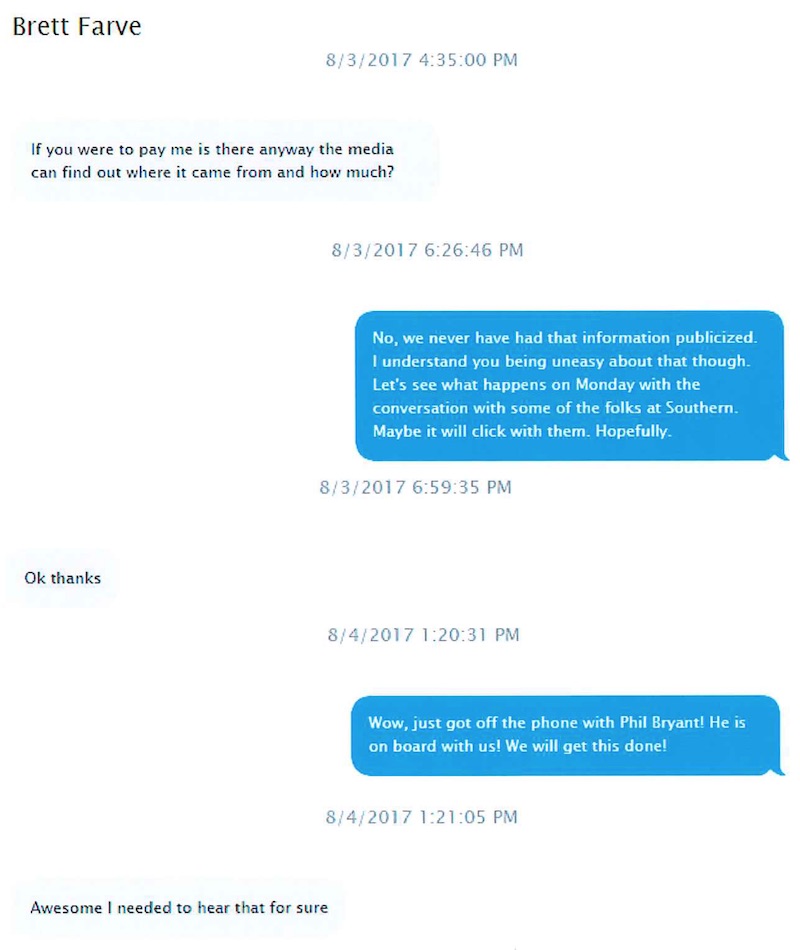 If you are more upset about Ime Udoka and the Celtics situation than Brett Favre STEALING MILLIONS IN WELFARE MONEY FROM THE POOREST PEOPLE IN OUR COUNTRY IN MISSISSIPPI then you are part of the problem.

Misuse Of Funds Found In 2019 Audit

In April 2020, Mississippi State Auditor Shad White shared a 2019 Single Audit Report of the State of Mississippi, voicing concern for fraud and the mishandling of funds.

“Due to the inability to verify that any work was performed in order to fulfill the contract, and due to the unreasonable amount paid, the entire payment of $1,100,000 paid in FY 2018 is questioned,” White’s audit said.

In 2021, Favre tweeted a series of thoughts denying these claims.

As I have said before, I would never accept money for no-show appearances, as the state of Mississippi auditor, @ShadWhite claims.

The Hall of Famer also stated he was doing “all he can” to support the investigation.

Of course the money was returned because I would never knowingly take funds meant to help our neighbors in need, but for Shad White to continue to push out this lie that the money was for no-show events is something I cannot stay silent about.

Prioritizing sensational headlines over seeking truth is doing a disservice to the people of our great state who deserve answers and a resolution.

As of now, Brett Favre has not been charged with any crime and has paid back over a million dollars. But the state says he stills owes over $200K of interest.

TSR Investigates Updatez: A Mother Is Still Fighting For Justice After The Drowning Of 4-Year-Old Son

Detroit Woman Wins $100,000 Lottery Prize While Taking ‘A Break To Relax’ From A ‘Tough Day’

Parents Seek Justice After Family Friend Stole And Crashed Car With 1-Year-Old Inside: ‘He Didn’t Deserve It’