Roommates, as the wait intensifies and many continue to grow impatient waiting on Nevada to finish counting its votes—recent reports state that the wait could be even longer than expected. Joe Gloria, the Clark County registrar in Nevada, just revealed that they won’t be done counting votes until sometime next week.

Joe Gloria, registrar of voters for Clark County, Nevada, said in a recent press conference that of all the ballots the county has currently received, there are still 63,262 that have yet to be counted. Joe Biden is currently leading in the county, which includes Las Vegas, by 431,863 votes to Donald Trump’s 367,279.

Among those votes, 34,743 were returned by voters to drop-off locations on Election Day, while an additional 24,311 mail-in ballots were still pending on Election Day and 4,208 were received from the U.S. Postal Service on November 3rd and November 4th.

Staff members in Clark County said they are prepared to count 51,000 ballots throughout the day and results will be reported before 1 p.m. ET on November 6th. Gloria added that there are more than 60,000 provisional ballots that were cast during early voting and on Election Day that are still outstanding.

He also dismissed allegations of voter fraud that have been made by members of the Trump campaign, saying he is “not aware of any improper ballots that are being processed.” “Our goal here in Clark County is not to count fast,” he said. “We want to make sure we’re being accurate.”

Joe Gloria said Clark County is on track to complete the bulk of its mail-in ballot count by Saturday or Sunday. 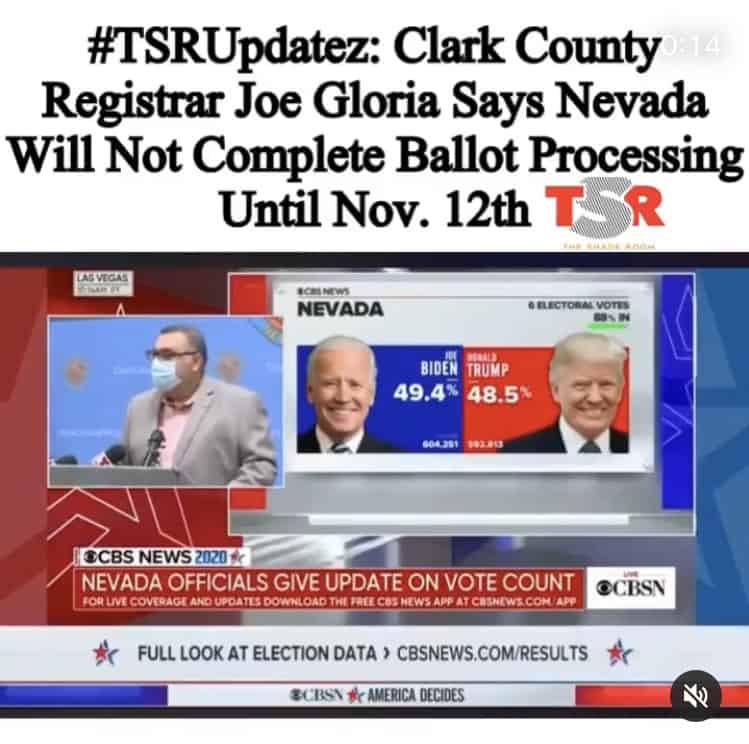 Biden Administration To Step Up Deportation Of Haitian Immigrants At The Southern U.S. Border