DaniLeigh And DaBaby Confirm Their Relationship & Go Public On The ‘Gram! (Video & Pics)

Roommates, the on and off again saga that is DaniLeigh and DaBaby has finally come to a head after DaniLeigh took to Instagram to post a picture of them together, clearing up any ‘are they, or aren’t they’ rumors. Seems like… they very much ARE.

We’ve been keeping up with Dani & DaBaby and it’s been a journey y’all! After there was some heavy pressure from B.Simone, we were all taken a back when Dani & DaBaby were rumored to be dating. If you didn’t already know, she did the choreography for his hit single ‘Bop’ and he returned the favor with a verse and cameo in her music video for a song called ‘High,’ where they teased an ‘almost’ kiss. 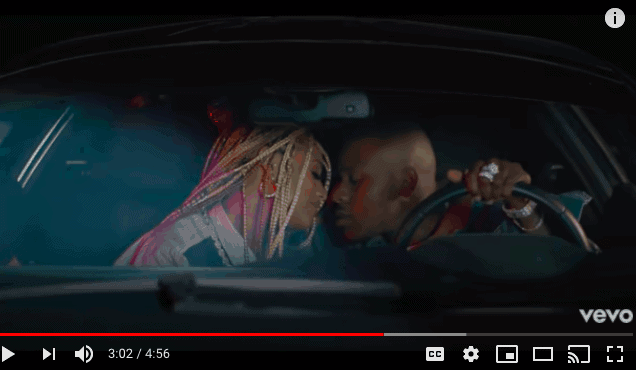 Fast forward to June, and they were caught by the paparazzi leaving a cute lil dinner date in Los Angeles. See below:

At the time we thought that was them going public, but DaBaby actually had a brief reconciliation with the mother of his children, Meme. That was very short lived because TODAY, Dani and DaBaby finally put the rumors to rest. DaniLeigh took to her instagram to post a photo of them together, simply captioning it “My Baby (Heart emoji) idc.” See the post below:

Followed by DaBaby showing her a little love right back on the ‘gram:

Now that we know they’re together, what are we calling them Roommates? DaLeigh? DaniBaby? Let us know what you think their new couple name should be!