Roommates, Disney+ just announced a very long list of upcoming projects to keep you entertained for the next few years—and it includes some of our favorite family classics. Since Disney+ dropped earlier this year, fans have been treated to a continuous amount of sequels, remakes and reboots of their faves, but their latest slate of new projects may be the best yet!

Disney+ is gearing up to give users their money’s worth courtesy of a stacked list of upcoming original programming to rival its streaming competition. The projects announced include “Sister Act 3” starring Whoopi Goldberg and produced by Tyler Perry, a sequel to the Halloween classic “Hocus Pocus,” and a remake of “Cheaper By The Dozen” from Kenya Barris starring Gabrielle Union.

Additionally, “Star Wars” fans can look forward to “Lando,” a new spin-off series from “Dear White People” creator Justin Simien following the rogue Lando Calrissian. The character was played by Donald Glover in 2018’s “Solo: A Star Wars Story,” but it’s unclear if Glover will return for the series.

That’s far from all that Disney+ has in store, as one of the most beloved Disney princesses is also included in the new content announcement. Tiana from “Princess and the Frog” will be getting her own respective streaming series on Disney+.

Princess Tiana will be back for all new stories in a long-form musical comedy series. The series, titled “Tiana,” comes to Disney+ in 2023. 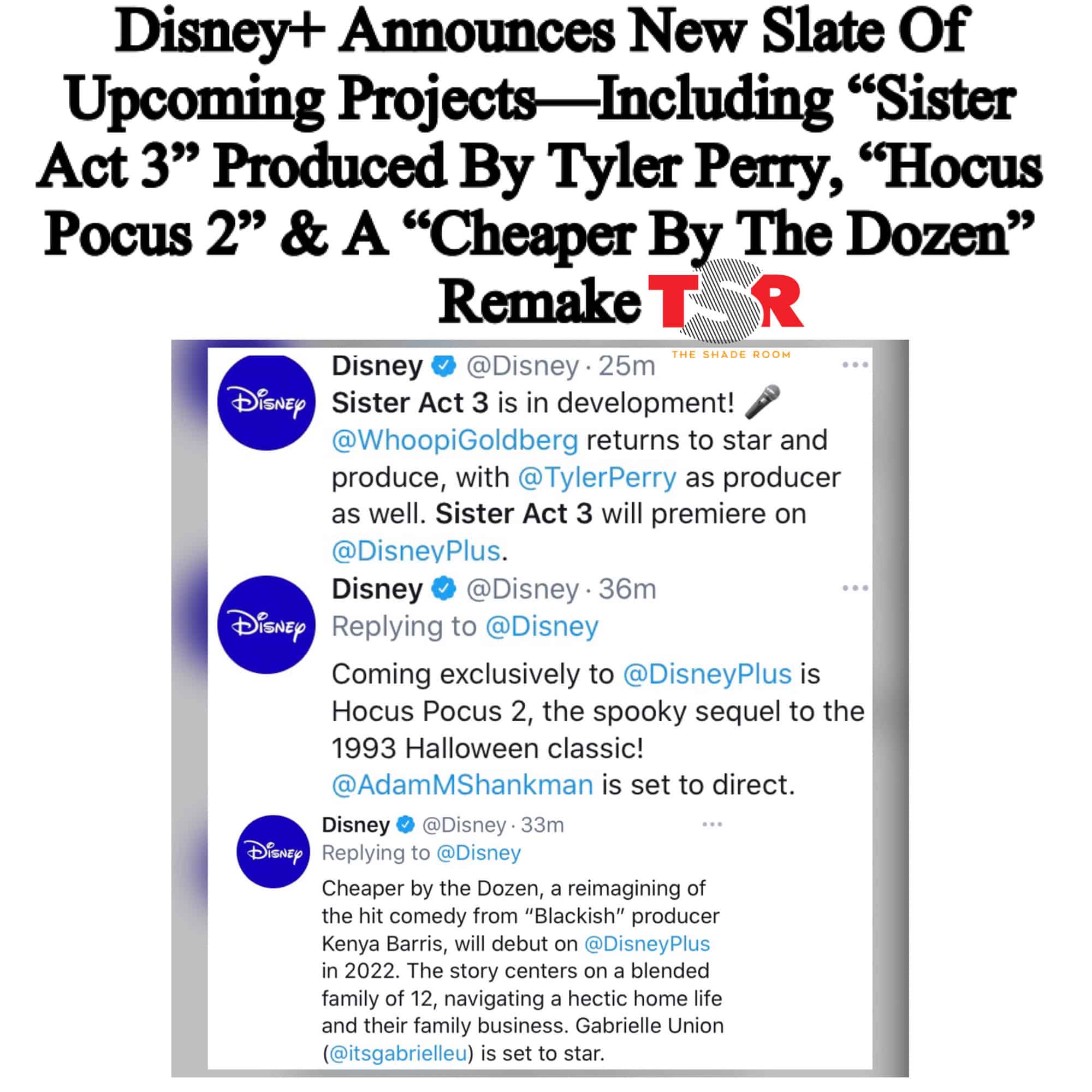 Lori Harvey Admits That Michael B. Jordan Is Her Test Model For Her Upcoming Skincare Line—“Now He’s Very Into His Skincare Routine”

Moneybagg Yo Gushes Over Ari Fletcher In Cute Vid!