The price just went up! When it comes to influencing the culture, you can’t deny Jayda Cheaves and Ari, have an effect on the gworls! So much so that it looks like they, along with others in Atlanta, have caught the attention of BET! Today, Ari confirmed on her Instagram story that she, along with Jayda, rappers Dess Dior and Lakeyah, and celebrity hairstylist Arrogant Tae, will be starring in the new original docuseries, ‘The Impact ATL!’ 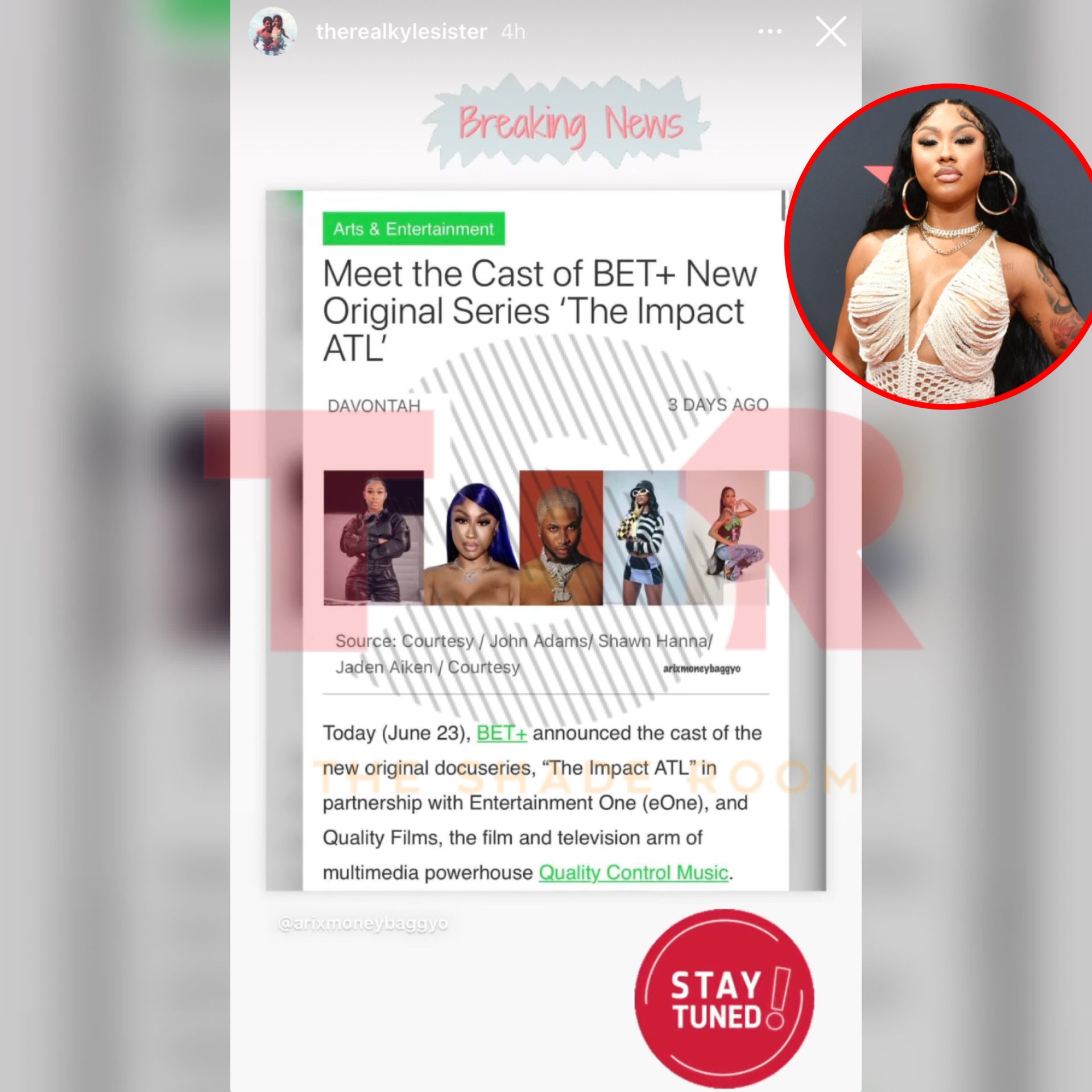 According to Global Grind, the docuseries will give viewers a deeper look into the star’s fast-paced lives, important events, conversations, and moments. The series will showcase the cast in eight episodes on BET+. Here’s the tea on the heavy hitters who helped make this series happen. In May, Deadline reported that eOne and Quality Films (the film and television arm of Quality Control Music) ordered the series.

P spoke about the series stating, “We are so passionate about building the careers of visionaries and thankful to be able to do a series where viewers can be inspired and actually learn how visions are manifested by a group of young people out there fully grinding and really shaping culture already.”

He added, “Atlanta is a creative hub and we want to highlight that and Black creatives while actually touching someone out there who should be on this path too.” Currently, there is no release date for the show, but we’ll keep ya’ll posted. Roomies, are ya’ll going to watch the show on BET+?

OH-KAY! Latto Says Her Mystery Bae Covers ALL Her Bills: ‘That’s How It’s Supposed To Be’

PHOTO: Dwayne ‘The Rock’ Johnson Says ‘Angels Of Mercy Watched Over’ His Mother During Car Crash

Yasss! Fantasia Goes ‘Back To School’, Thanks Sigma Gamma Rho Soror For Motivating Her