Jayda Cheaves Gets Her Flirt On With Lil Baby On Instagram—“Meet Me Home!” - The Shade Room
Celebrity News

Jayda Cheaves Gets Her Flirt On With Lil Baby On Instagram—“Meet Me Home!”

Roommates, Lil Baby and his girlfriend Jayda Cheaves have no problem expressing their love on social media—and Jayda got very flirty recently on Instagram thirsting after her man. In a photo of Lil Baby posted to her IG stories, Jayda let it be known just how good she thought he looked and that he should “hurry” home.

These days, if you want to show your love for you boo, the way to do it is by proclaiming it on social media—and that’s exactly what Jayda Cheaves did with her boyfriend Lil Baby.

She posted a photo of Lil Baby and let her caption explain just how she felt. Jayda wrote, “Hurry up and meet me home…GAWD!” Jayda completed her message with a series of drooling emojis indicating that Lil Baby is the only man she’s checking for.

Meanwhile, following his performance at the recent American Music Awards where he was nominated several times, many fans were quite upset that he lost one of the most important awards of the night to Doja Cat.

Both Lil Baby and Doja Cat were both nominated for Best New Artist, but Doja ended up winning, leaving his fans to head to social media in protest. He was trending for several hours during and after the show, as his fans continued to post that he was robbed of the award and should have won instead of Doja.

You may recall that Lil Baby’s fans also voiced their displeasure when he lost Artist Of The Year at the BET Hip Hop Awards to Megan Thee Stallion last month. 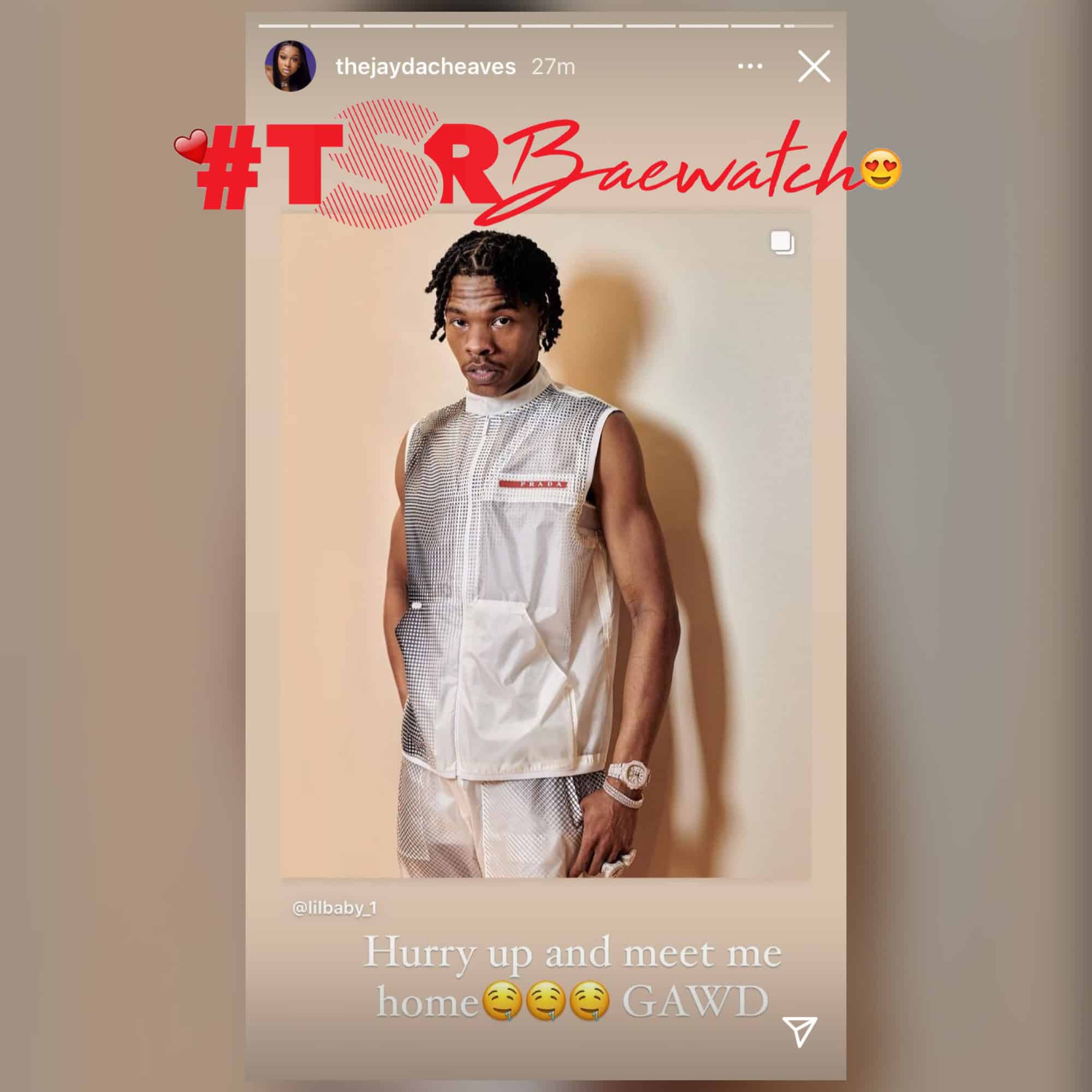 Akbar V Shoots Her Shot At Missy Elliott: ‘I Can’t Wait To Work With You’