Roommates, it’s been a few weeks now and fans are still invested in the ongoing drama between Jayda Cheaves and her boyfriend Lil Baby, who allegedly cheated on her with an adult film star. Since the drama unfolded, there have been a collection of posts, receipts and photos documenting the fallout—but Jayda’s latest subliminal post suggests that she is moving on and putting herself first.

While she has been laying as low as possible given just how public her situation with Lil Baby is, Jayda Cheaves decided to get a little something off her chest with some well-placed shade to Lil Baby—and hyping herself up in the process.

Posting to her Instagram stories, Jayda wrote “I found someone I never wanna lose. And that’s me, f**k y’all.” Could this be an indication that she is done with Lil Baby for good? We’ll have to wait and see how the situation continues to unfold. 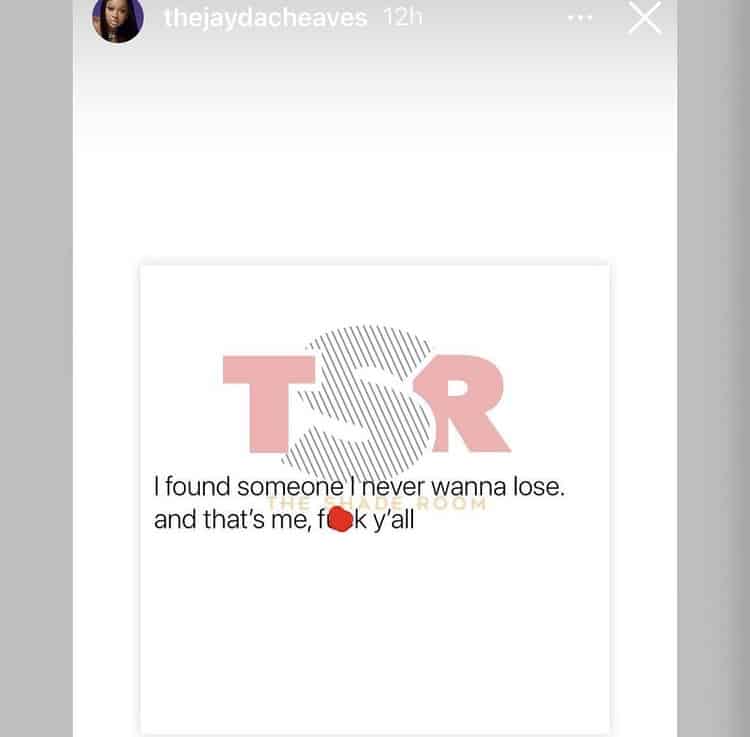 A few days later, Jayda admitted that while amusing at first, the comments and criticism she was receiving started to hurt her feelings.

Akbar V Shoots Her Shot At Missy Elliott: ‘I Can’t Wait To Work With You’