Roommates, President-elect Joe Biden is making good on his promise to fully support the recently released COVID-19 vaccine—and he just proved it in a major way. Biden received a shot of the vaccine on live television while at a hospital in Delaware, as more Americans gear up to take the vaccine.

With less than a month until he officially takes office as the 46th President of the United States, Joe Biden is stepping up to lead the way in taking the new COVID-19 vaccine. During a recent visit to the Christiana Hospital in Newark, Delaware, Biden documented himself on live television receiving a round of the vaccination shot. He wanted to send a message to Americans across the country that the vaccine is safe to take.

Despite being intense political rivals, Biden credited the Trump administration for its work on Operation Warp Speed, which helped to deliver a quick vaccine. “The administration deserves some credit getting this off the ground,” he said. “I’m doing this to demonstrate that people should be prepared when it’s available to take the vaccine.”

Biden did however, warn Americans that things certainly won’t go back to normal overnight. “It’s going to take time. If you don’t have to travel, don’t travel. It’s really important,” he said.

He also thanked health care workers, calling them heroes, while his wife, Dr. Jill Biden, received the vaccine privately before joining him at the hospital. 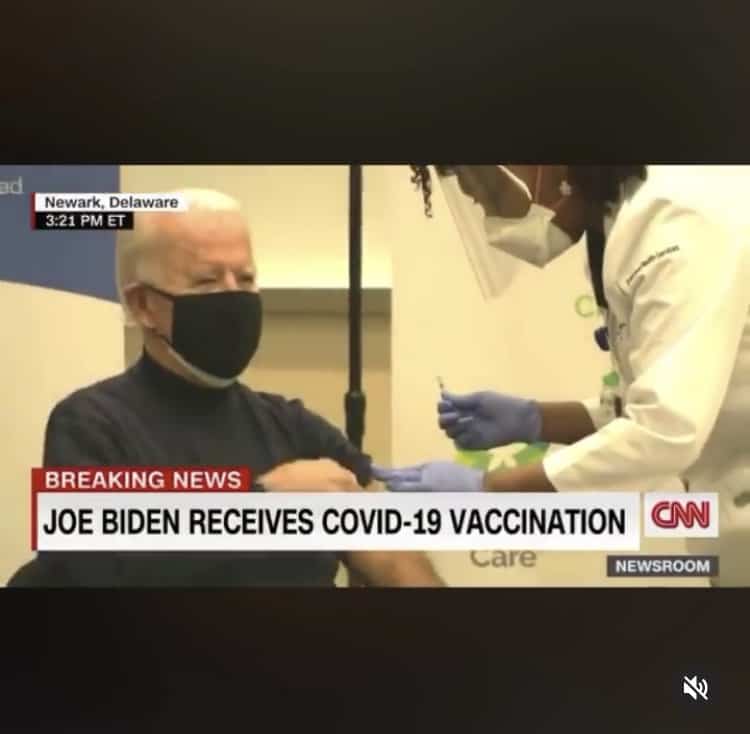 WATCH: Shocking Video Shows As Texas Attorney Shoots Gun At Ex-Girlfriend Inside Austin Bar As Customers Rush To Stop Him