Kanye West Gets Out Of Lawsuit With An Apology And A Handshake!!!
Celebs

Kanye West Gets Out Of Lawsuit With An Apology And A Handshake!!!

Kanye West has gotten out of his civil lawsuit with a slap on the wrist or a shake of a hand, we should say.

Kanye West was charged with misdemeanor battery and pled no contest after photographer, Daniel Ramos, had filed the civil suit against West for attacking him to try and wrestle his camera from him in July 2013 at Los Angeles Internstional Airport. A judge sentenced West to two years’ probation, as well as anger management sessions and community service.

According to TMZ, Ramos’ lawyer, Gloria Allred, said one term of the settlement was an apology from Kanye to Ramos in order to put the case to rest.

Allred says, “We believe that this case sent an important message. Celebrities are not above the law, and they have no right to physically attack someone simply because they were asked a question.”

It’s nice to know Kanye can use his hands to get him out of trouble and not in it! Let’s chat below !! 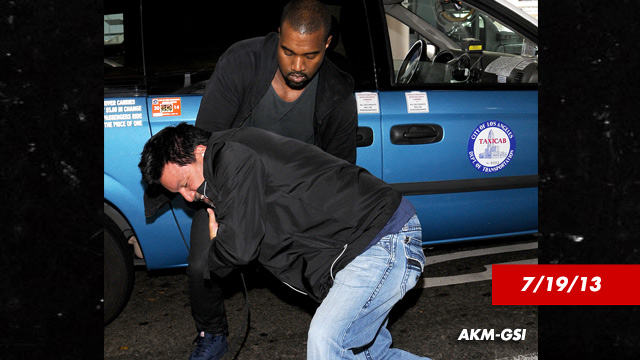