Whew! Ye is not playing with these brands! According to a report by WSJ, Kanye West is severing ties with Gap, a company he’s longed to get into business with since he worked at one of its Chicago retail locations as a teenager.

Kanye and Gap announced the brand partnership back in 2020, under which a collection of Yeezy clothing would be developed. Despite the success of Yeezy Gap, Ye recently blasted the apparel chain on social media for shady business practices.

On Thursday, The Wall Street Journal obtained a letter from Kanye West’s lawyers notifying Gap that Ye has decided to terminate the partnership. The letter alleges that Gap breached the partnership contract by “not releasing apparel and opening retail stores as planned.”

To be specific, Ye and his lawyers claim that Gap was required to open nearly five retail stores dedicated to showcasing Yeezy Gap products by July, 31, 2023, which has not yet happened. The letter also claims that the retailer was required to sell 40% of the Yeezy Gap collection in stores in 2021, but the first item to be released, the Yeezy Gap hoodies, was only available online.

Just last week, Kanye took to Instagram to voice his issues with Gap after leaning that the company held a meeting without him. He also accused the brand of stealing designs from the Yeezy Gap x Balenciaga Collection for their own retail items.

Here is the through line. Gap having meeting about me without me. Adidas releasing old shoes and coloring my shoes like I’m dead me not having a say on where my children go to school. Call me whatever names you want. If you don’t understand why I will not back down on my businesses my brands and my children then you’re the ones who are crazy.” 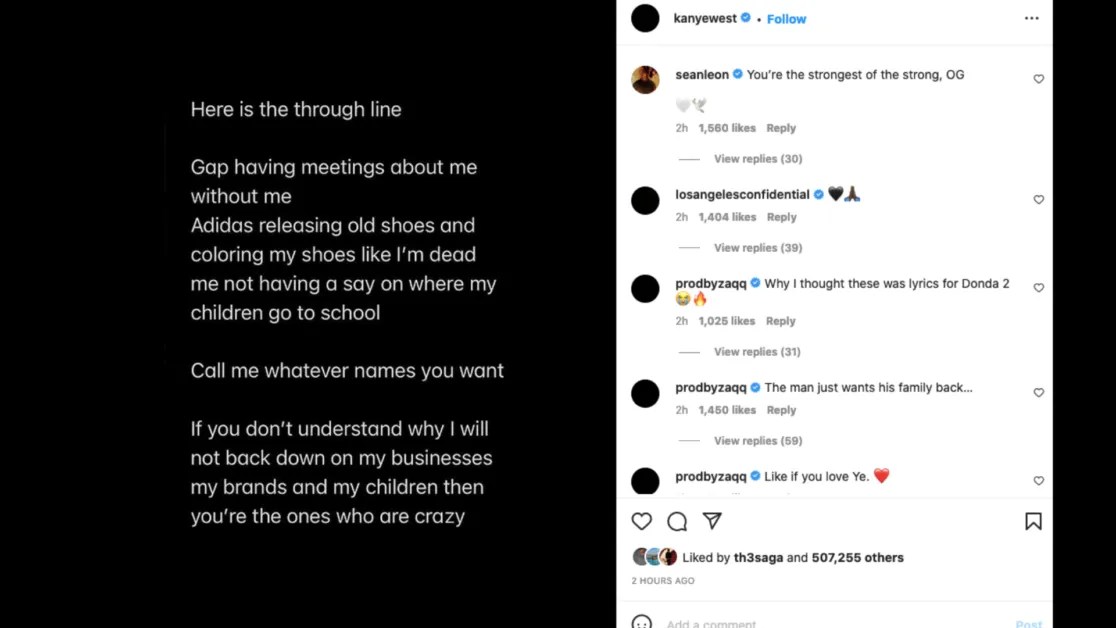 In late August, Ye posted a video clip in which he told Gap executives:

You have to really give me the position to be Ye and let me do what I’m thinking, or I have to do the thinking somewhere else.”

He also revealed that the Yeezy brand will be opening its own retail stores “worldwide. Starting in Atlanta.”

Gap will reportedly sell all existing Yeezy Gap products before it will be required to cut ties with the Yeezy brand.

Coolio Passes Away At The Age Of 59

DaniLeigh Speaks Out About Situation With B. Simone–Says She “Didn’t Think It Was That Deep”

B. Simone Confirms DaniLeigh Requested To Film ‘Wild N’ Out’ Without Her—Says The Singer “Is Not That Mature”

Chris Redd Is Dating Kenan Thompson’s Ex-Wife, But His Fellow SNL Castmate Says He’s Unbothered By It And That There’s No Bad Blood

Caleb McLaughlin Of “Stranger Things” Reveals Racism He’s Received From Fans Of The Series: “It’s Taken A Toll On Me”