Roommates, in an upcoming episode of the hit E! reality series “Keeping Up With The Kardashians,” Khloe Kardashian reveals that she tested positive for coronavirus earlier this year. This is the first time that Khloe has publicly admitted to contracting the virus—based on the timeline of the show, it appears she was diagnosed back in March or April.

Khloe Kardashian just shocked her fans after it was revealed in a preview for an upcoming episode of “Keeping Up With The Kardashians” that she did indeed test positive for coronavirus earlier this year. In the footage, both sister Kim Kardashian and mom Kris Jenner are seen expressing their concern for Khloe’s health.

“We’re just anxiously awaiting the results for Khloe to see if she has it or not,” Kim says in a confessional interview. She continues, adding “I mean, my gut tells me she does, just because she’s so sick. And that really scares me for her, ’cause I can tell that she’s now getting scared and that she’s really nervous about it.”

Kris explains how she went into panic mode when she realized that Khloe was sick, saying that she “jumped on the phone with every doctor who would take [her] call. Trying to find somebody that could help her.”

Later in the exclusive video, Khloe is lying in bed and confirms her positive coronavirus diagnosis. “Just found out that I do have corona. I have been in my room. It’s gonna be fine, but it was really bad for a couple days.”

Discussing her symptoms, she states that she suffered from vomiting, shaking and hot and cold flashes. To make matters worse, coronavirus also brought on terrible headaches. “I suffer from migraines, but this was the craziest headache. I wouldn’t say it was a migraine. The coughing, my chest would burn when I would cough.”

The clip ends with Khloe assuring her fans what she’s been dealing with, but she’ll push through it. “Let me tell you, that s**t is real. But, we’re all gonna get through this,” she says. 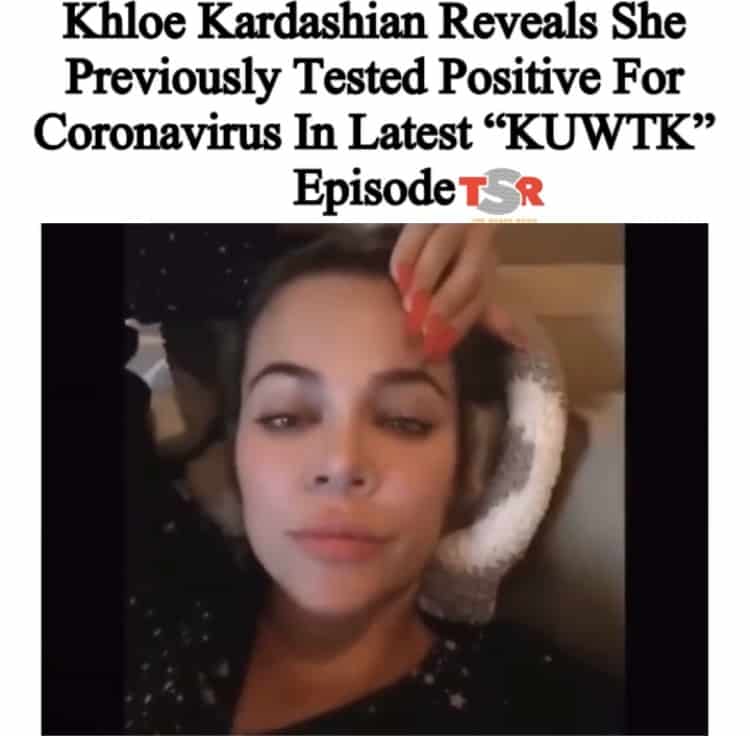 Devoted Kanye West Fans Are Selling “Bags Of Air” From His “DONDA” Listening Party For As Much As $3,500!

Michael Blackson Proposes To Girlfriend, Says She Allows Him One Side Chick A Month (Video)