Roommates, the Kardashians mastered the art of social media years ago and always manage to get the Internet talking in a variety of ways—and Khloe Kardashian recently took the opportunity to show us how it’s done. For the recent launch of her Good American shoe line, Khloe decided to pose semi-nude, wearing nothing but a pair of skimpy underwear and black thigh-high boots from the collection.

When it comes to promoting their endless brands, few do it better than the Kardashians and they are never shy about using their bodies to do it. Following the success of her popular denim line Good American, Khloe Kardashian has now ventured into incorporating all-inclusive footwear into the brand. To celebrate the launch, several photos of Khloe were taken to highlight the shoes—but it was hard to truly focus on them because all eyes were on Khloe’s very sexy pics.

One in particular is garnering the bulk of the attention, which features Khloe in a side profile,  with an extra-long braid and topless, with only her arm to cover her and a pair of black underwear. The pose is meant to draw attention to the thigh-high boots that she has described a fitting a variety of leg and thigh sizes. 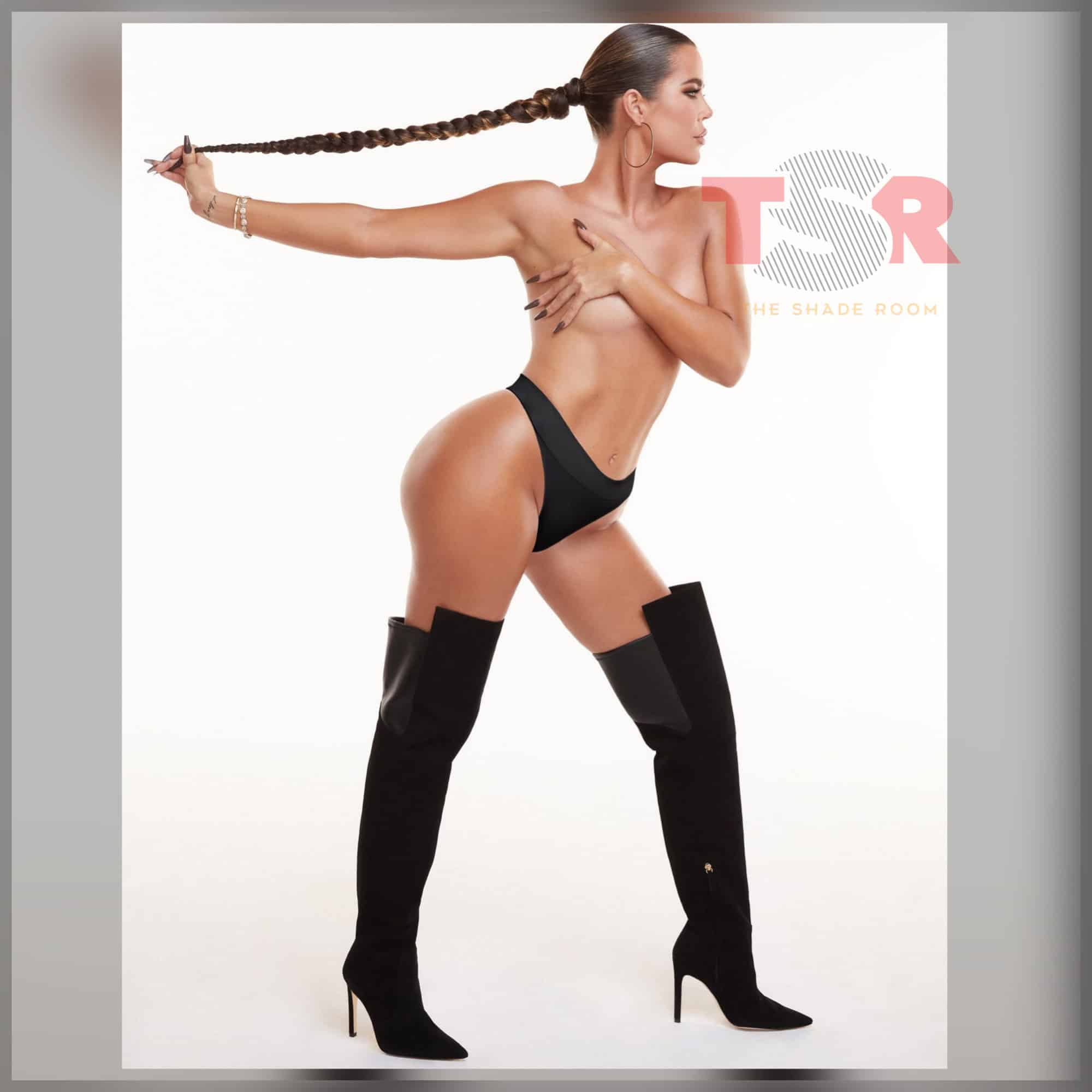 Meanwhile, after months of speculation and despite Larsa Pippen’s recent comments that she previously dated him before they got together, it appears that Khloe Kardashian and Tristan Thompson are officially back together.

You’ll recall that Tristan was involved in not one, but two, high-profile cheating scandals during his relationship with Khloe, before and after she gave birth to their daughter True.