Roommates, Kylie Jenner and Travis Scott have been making headlines for their over-the-top gifts and their beautiful daughter Stormi. Most recently, however, headlines have spoken on the two parting ways, and Kylie allegedly spending an evening with her ex bae Tyga.

Despite reports, neither Kylie nor Travis spoke out about their breakup, until now. According to a source who spoke to E! News, Kylie and Travis have decided to take a break from their relationship and focus on being the best parents they can to Stormi.

“Kylie and Travis aren’t officially calling it quits on their relationship, but are taking space apart…It’s not a firm split,” the source says. “They’ve been fighting again, but have still seen each other within this last month.”

Shortly after their breakup was announced, sources revealed Kylie may have been finding comfort in the arms of her ex man, the one and only Tyga.

A sources tells E! News that the former couple may have met up late Tuesday night, after Kylie and her friends enjoyed dinner in Hollywood. Some reports say Kylie and Tyga had a late night “studio date”, which Kylie says is a lie!

In a couple of tweets, Kylie Jenner addresses this alleged meet up with Tyga, and clarifies where she and Travis currently stand.

“The internet makes everything 100 times more dramatic than what is really is,” she says. “There was no ‘2am date with Tyga’. You see me drop two of my friends off at a studio that he happened to be at.”

As far as Travis, Jenner says:

“Travis and I are on great terms and our main focus right now is Stormi!! Our friendship and our daughter is priority.” 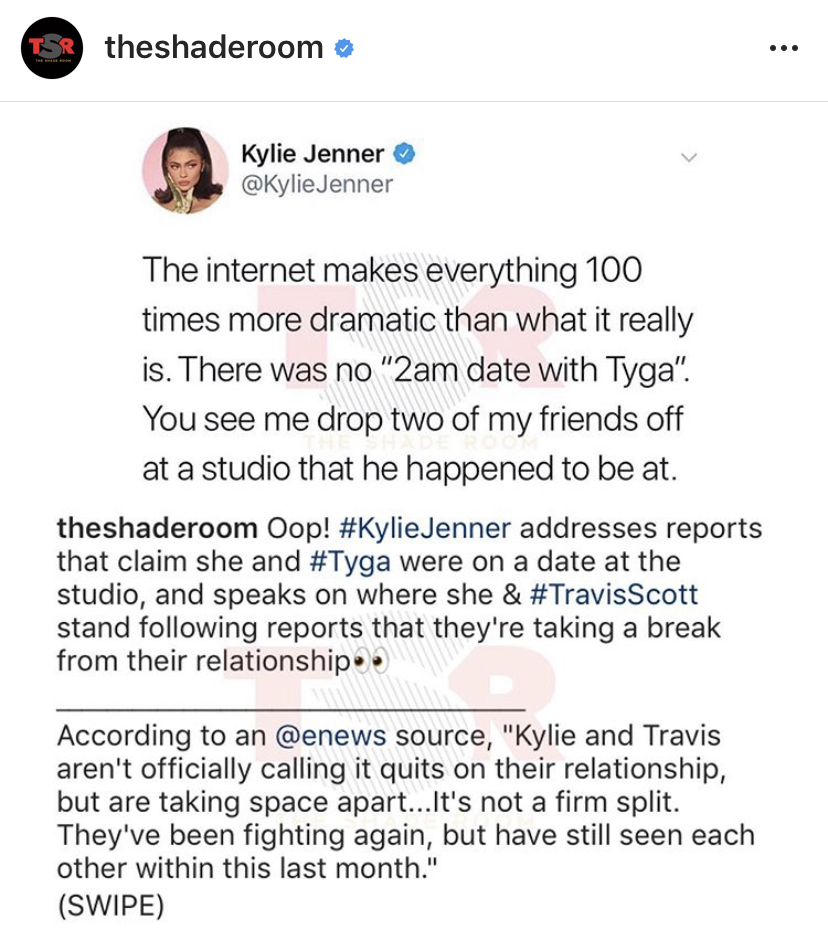 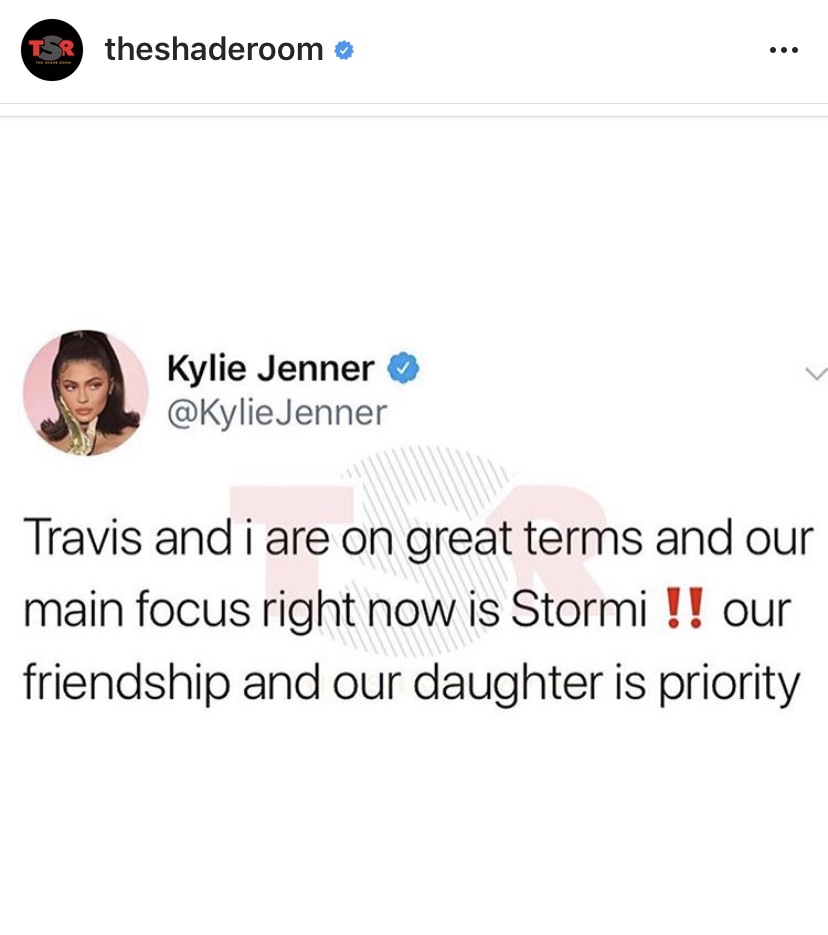 Tyga addressed the claims in his own way. In no words at all, Tyga takes to Instagram to make his own statement.

After Kylie’s tweeted her side of the story, Tyga posted a small baseball cap emoji to his IG story, so y’all know he’s saying somebody is cappin’! It is unclear if Tyga means Kylie is cappin’, or if he is referring to the internet’s interpretation of their alleged 2 a.m. date.

So far, no word from Travis, but we hope everything works out for all parties!