Roommates, it looks like the love affair between Lil Wayne and girlfriend Denise Bidot may be over following his endorsement of Trump for president. Denise posted a very cryptic message about “love not being enough” before completely deleting her page, just days after Lil Wayne had a private meeting with Trump and endorsed him.

Well, there is definitely trouble in paradise between the two—and all signs point to the reason for their breakup being due to his support of Trump.

Before she decided to delete her Instagram page, Denise posted “sometimes love just isn’t enough” to her IG stories followed by the broken heart emoji. However, before she posted that message, she had unfollowed Lil Wayne and removed all photos of him from her page.

Meanwhile, over on his own Instagram page, Lil Wayne had also unfollowed Denise before she deleted her page—and currently has deleted all but two remaining photos of her.

Rumors are heating up and clues are pointing to the alleged end of their brief relationship being due to their completely opposite political views. With Lil Wayne a very obvious Trump supporter, it’s speculated that Denise decided that their relationship couldn’t continue.

Although, it should be noted that neither one of them has publicly confirmed that their relationship is over—but things definitely don’t look promising. 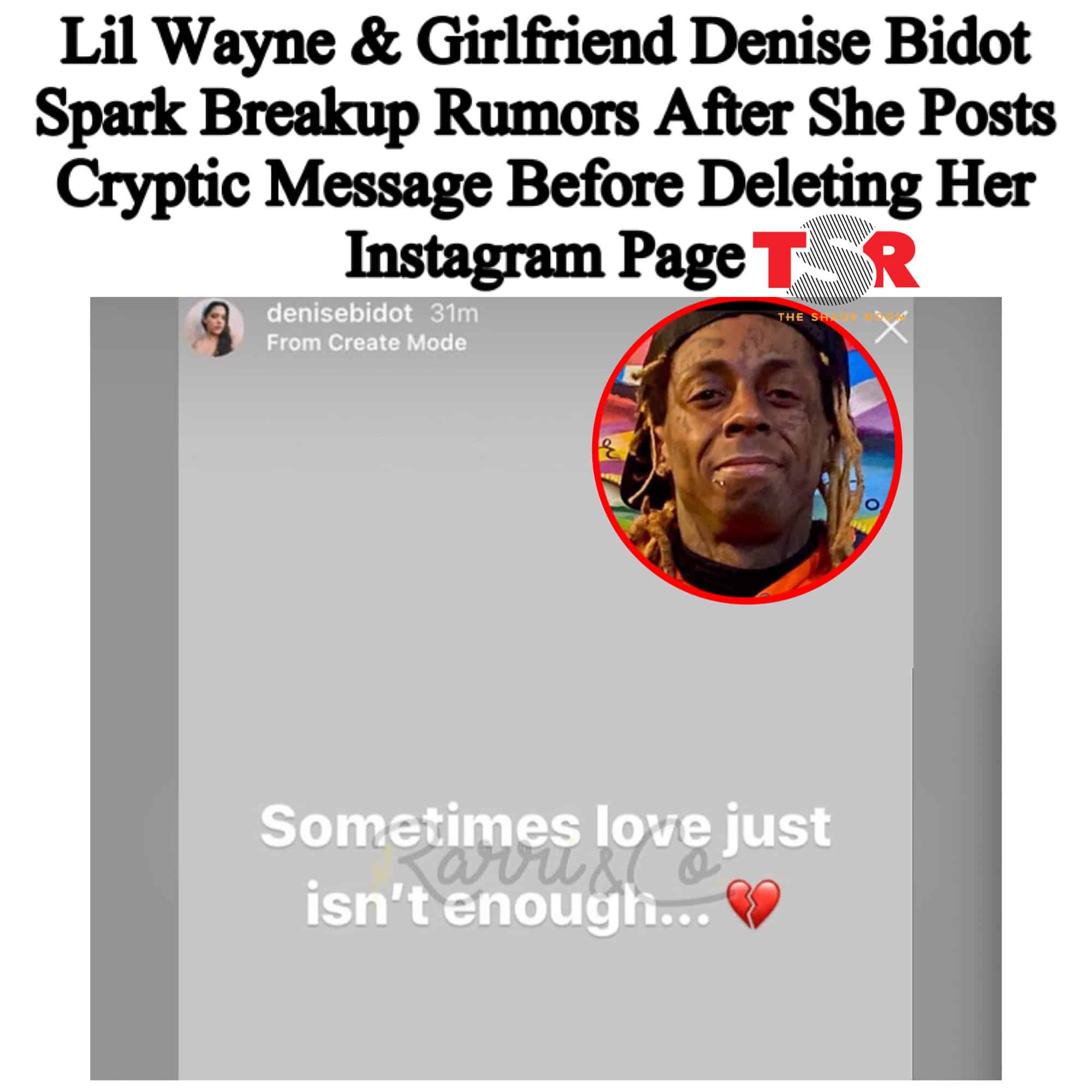