LISTEN: Quavo Grieves Takeoff In New Song 'Without You'
Celebs

LISTEN: Quavo Grieves Nephew Takeoff In New Song: ‘Ion Kno If I’m The Same Without You’

Quavo recently poured his heart out in a new song titled Without You, dedicated to his deceased nephew and artist Takeoff. Released on Wednesday (Jan. 4), the lyrical tribute gives an insight into Quavo’s grief following the tragic Nov. 1 shooting in Houston, Texas. 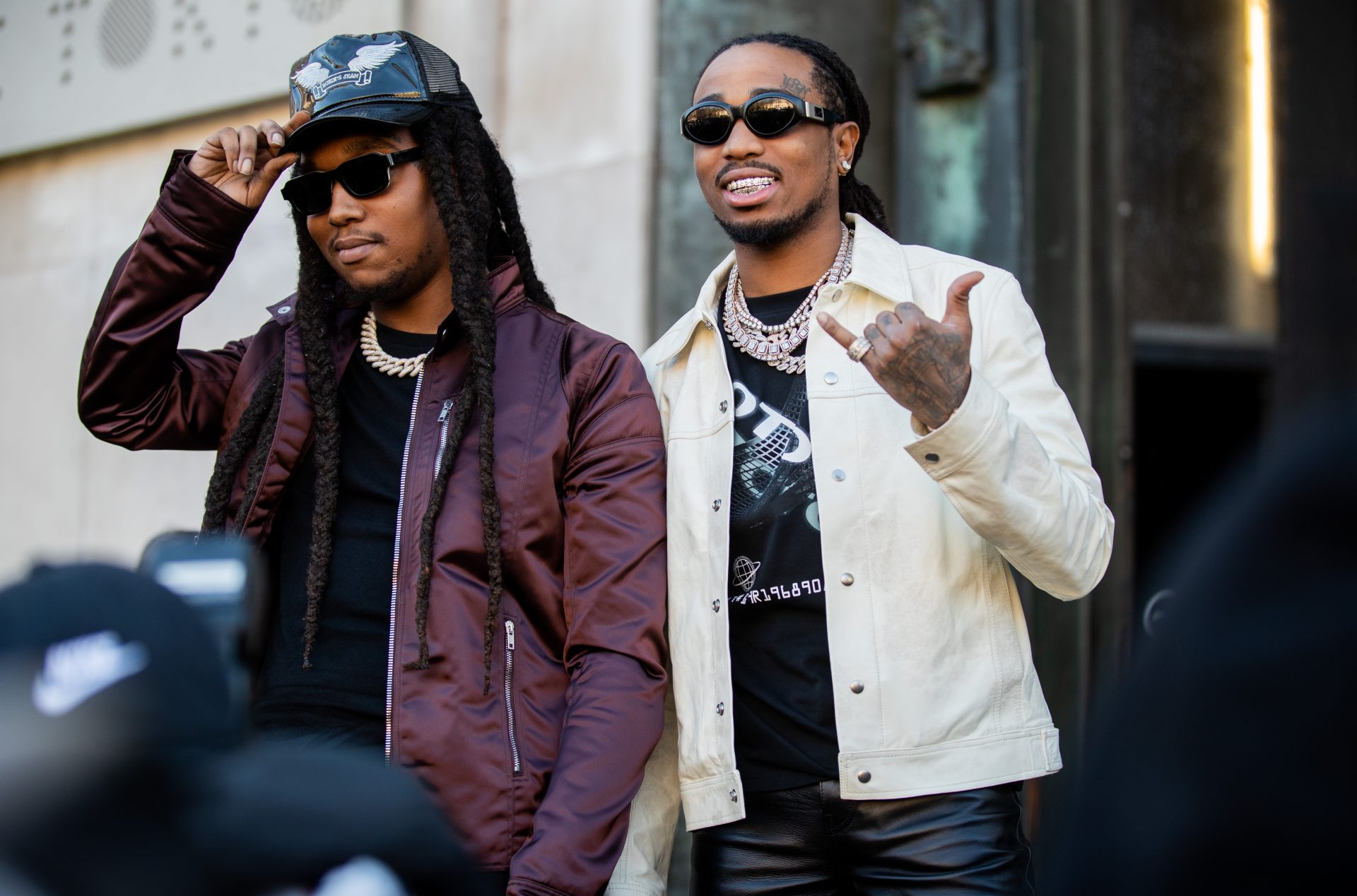 In the four-minute track, Quavo reveals he’s cried countless times, reflects on their rise to stardom, and pledges to “see [Takeoff] again one day.” He also admits that his days aren’t “the same” and that he’s unsure if he’s the same person without Takeoff.

In the first verse, the Migos artist raps:

The video features a black-and-white video of Quavo, eyes closed and listening to the track in a studio space.

Uncle Quavo hasn’t said much publicly since the 28-year-old’s passing, but Without You is the second time he’s spoken about his nephew. One day after Takeoff was laid to rest in Atlanta on Nov. 11, the rapper took to Instagram with a heartfelt message.

“Me and u knew we gon always be with each other for life and jus like now we gon see each other again. I love you with all my heart. I’ll never leave you. I guess God just ain’t need my help. So can you ask Him for me what I gotta do to be with you again!!!! In a place where there’s no pain, no demons, no jealousy, no envy, no greed. Whatever we have to do God to be at that place of paradise send us the tools now cuz we wanna be with Take. Love you nephew!”

Quavo was a firsthand witness to Takeoff’s murder. They were traveling together when several bullets struck the Atlanta artist after a heated dispute at 819 Billards & Bowling. The dispute did not involve Takeoff, per officials. In a follow-up press conference, Houston Police Chief Troy Finner said his department had “no reason to believe that [Takeoff] was involved in anything criminal.”

As news of Takeoff’s death spread, so did gruesome footage of his bloodied body lying on the venue floor. A distressed Quavo repeatedly called out his nephew’s name along with “no.” Officials later pronounced Takeoff dead on the scene from bullets that penetrated his head and torso.

Most recently, Quavo was pictured at a celebrity-studded party hosted by Diddy. The outing was one of the first times we’ve seen him in a social setting following Takeoff’s death.

Ironically, the man accused of Takeoff’s murder, Patrick Clark, was released from jail on the same day the song was released (Jan. 4). His bond was set at $1 million after being reduced from $2 million in December.

Clark, 33, was arrested about a month after the fatal shooting. Court documents say Patrick applied for an expedited passport and presented a Mexico-bound itinerary to back his request. During his arrest, police recovered the passport and a large amount of cash in Clark’s possession.

Clark will reportedly remain on house arrest with GPS monitoring until his next court appearance in March. He is reportedly not allowed to leave his parent’s Houston home and prohibited from owning a firearm, using drugs or alcohol, and contacting Takeoff’s family.

Keke Palmer Humorously Recalls Finding Out She Was Pregnant

Tiffany Haddish Is Ready To Film ‘Girls Trip 2’: ‘I Can’t Be Concerned About What People Think’