Roommates, time and again social media has proved to be the place where celebrities feel their most comfortable expressing opinions we never knew they had—including R&B singer Mario. Taking to his Instagram stories, Mario recently posted his thoughts on “good women” versus “h**s” and the feedback sparked an immediate debate.

Positioning himself as somewhat of a relationship expert on social media, Mario took his role a step further with a recent post on Instagram regarding “good women” and how they can save themselves from the heartbreak of competing with “h**s.”

“PSA To all the good women out there, God told me to tell you who may be losing hope. DO NOT TRY TO COMPETE WITH THESE H**S! They in a whole other league. Make a choice of who you want to be and stick with it. #respectfully FYI A h** a different type of good women for a certain type of man. Make sense?”

Following his post, there were a range of comments about Mario’s advice, as some totally agreed with him, while others found flaws within his logic.

This certainly isn’t his first time attempting to uplift Black women, as he recently expressed a similar sentiment earlier this month. Mario previously explained that it’s more crucial  than ever before for Black men to support Black women at all costs—particularly given the current climate. 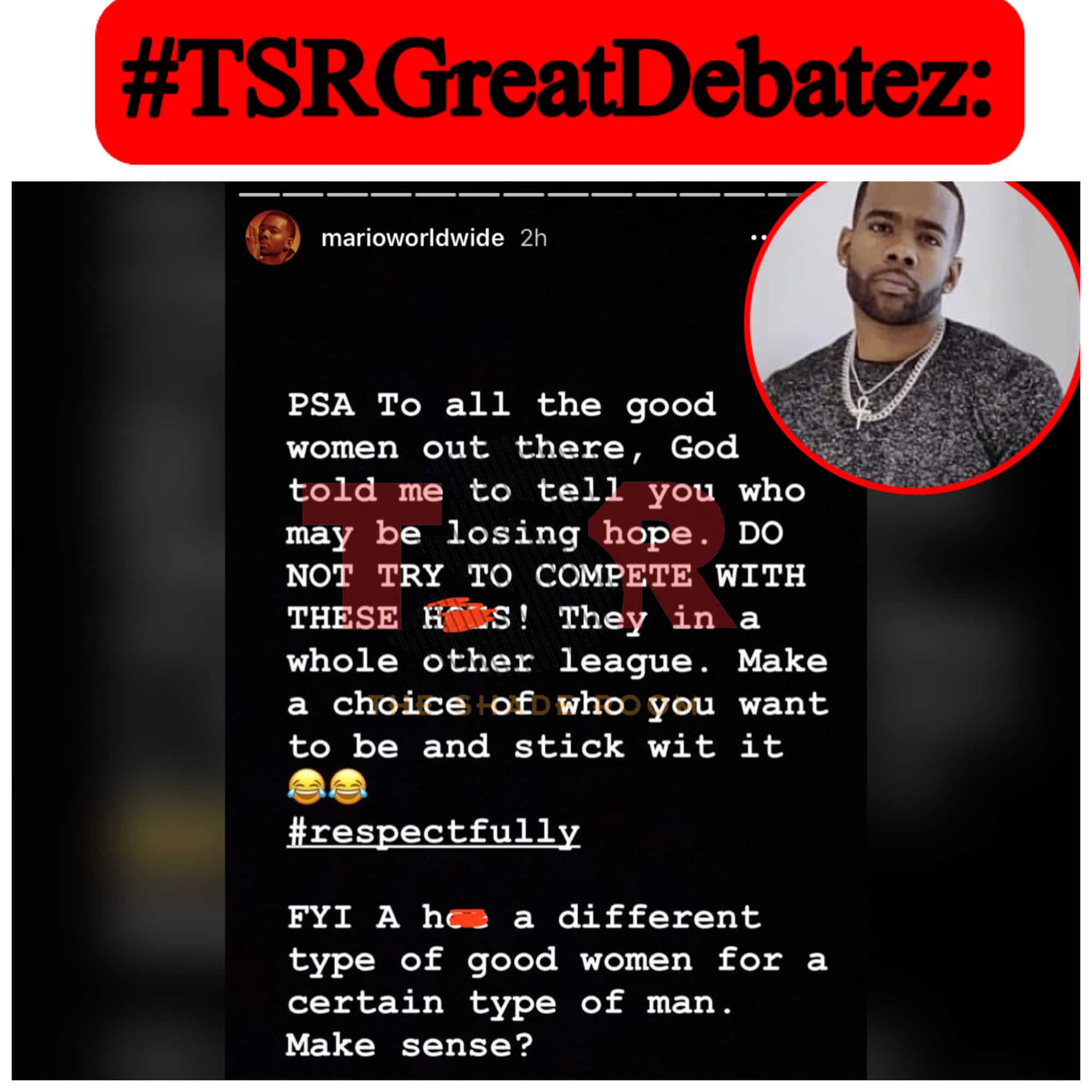 Sukihana Loses Her Tooth After Her Performance In Oakland (Video)

JT Talks About Her Wardrobe Malfunction At The Billboard Music Awards

Lil Baby Gets Candid On Social Media And Asks “Does Real Love Even Exist?”

Moneybagg Yo Says His Love Life With Ari Fletcher Is Unbreakable

Doja Cat Cancels Her Upcoming Performances Due To Tonsil Surgery

Exclusive: Wendy Williams’ Attorney Says “Wendy Is Not In Agreement With A Financial Advisor Being Appointed” To Overlook Her Wells Fargo Accounts