Life-long skaters have Cascade Family Skating on their bucket lists. The Atlanta roller rink, famously the backdrop of the movie ‘ATL,’ was the venue of choice for Netflix’s private “Skater Things” soiree. As the Managing Editor of TSR, I was invited, and my curiosity was satisfied.

I pulled up to the event on behalf of The Shade Room with no expectations and felt a sense of recognition on behalf of the southwest Atlanta community by the time I departed in my SUV. 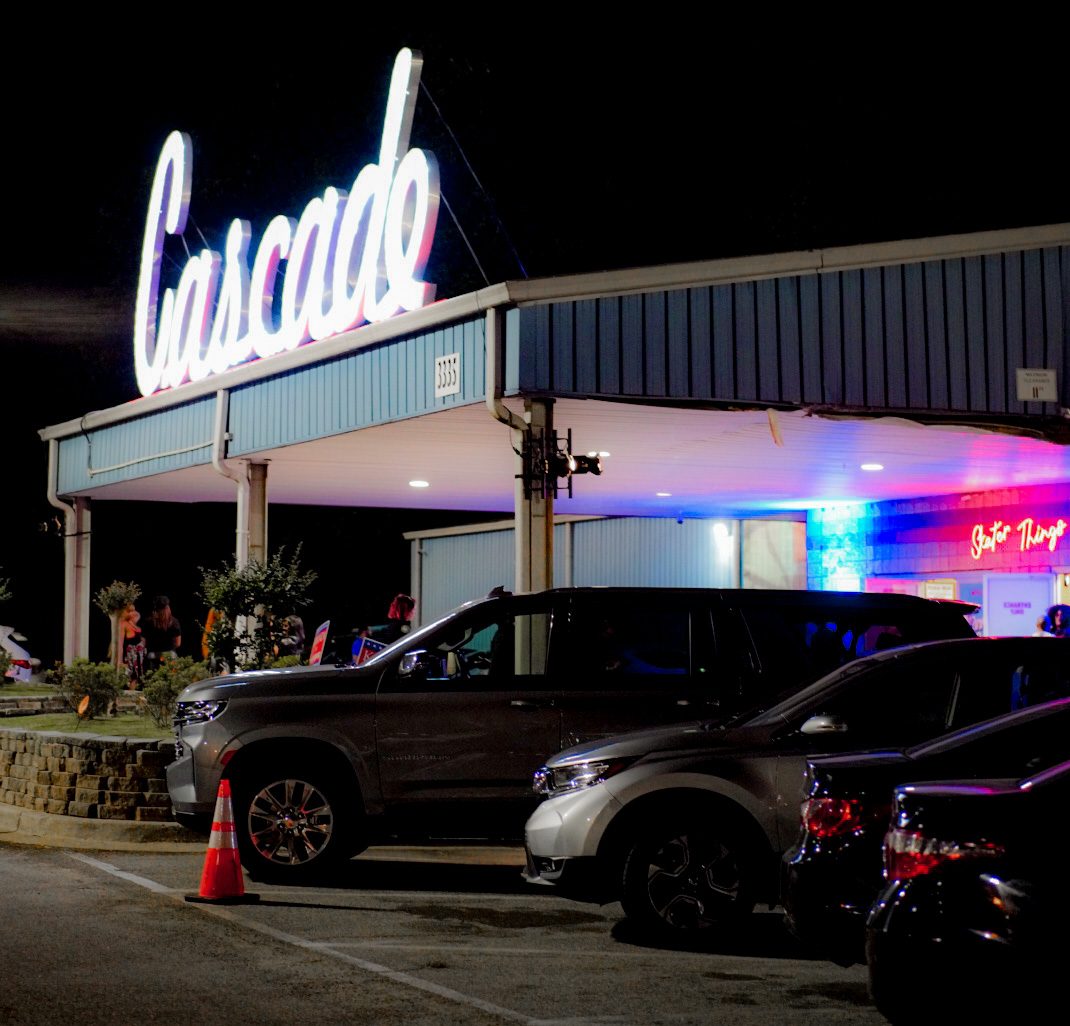 There was a tight security check ahead of visitor parking. People without a special invite from Netflix had their cars turned around before getting down the ramp into the main parking area.

My face lit up at the ‘Skater Things’ signage before stepping into the building, lined with more reminders of the forthcoming “Stranger Things 4”  season coming to Netflix at the end of the month.

Some Atlanta stars were in the building, but the event itself was a nod to the Atlanta skate community at its core.

Skaters & Celebrities Pulled Up To Cascades For ‘Skater Things’

Inside, the atmosphere was cheery. Those I assumed to be regulars casually performing their choreographed skate routines in bold-colored outfits. I recognized Kamille, a professional roller skating instructor who is considered somewhat of a phenom because of her dance style in the skating community.

Before she went viral on Instagram, Kamille stamped herself as THE skate instructor for Cascades, also serving as a personal instructor for Swizz Beats and Alicia Keys in the past. 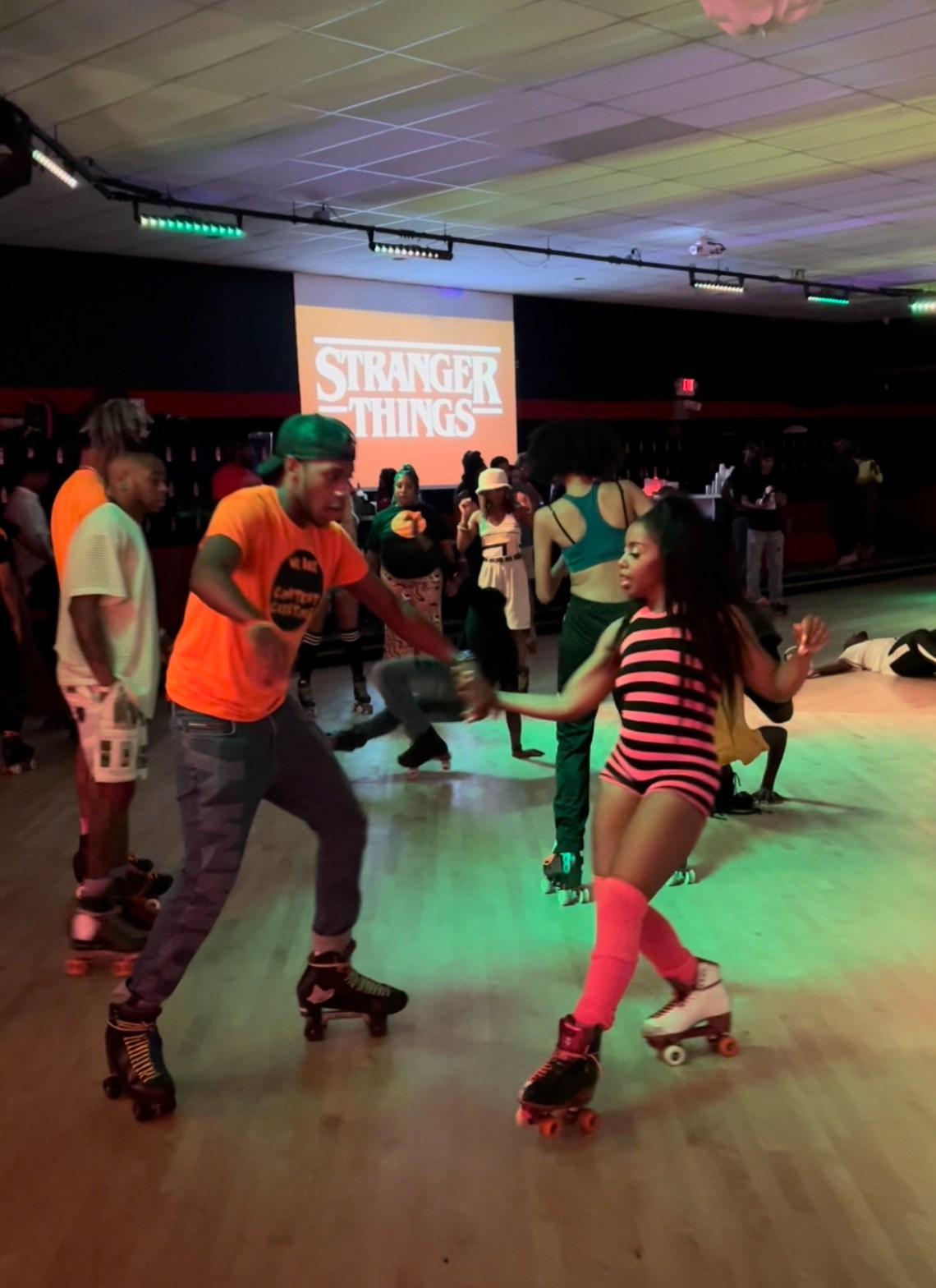 Priah Ferguson, star of “Stranger Things 4,” posed with Kamille, who told me the two have history. Ferguson grew up in the same area where the legendary skating center is, and her mother has a relationship with Kamille.

There was a step and repeat for stars to take photos, which I completely missed since I was distracted by the “regular” excitement inside. Priah also posed alongside singer Summer Walker and “Stranger Things 4′ co-star Myles Truitt.

Other notable guests of the evening included Omeretta The Great and Diamond ATL of Crime Mob fame.

Although stars were in the building, the highlight of the evening was the overall atmosphere. A dance battle between two skaters from different crews ignited on the skating floor. This brought together the whole party for a spontaneous show. The Cascade Skate Crew also performed a skating routine to the 1980s hit “Sunglasses at Night” by Corey Hart. 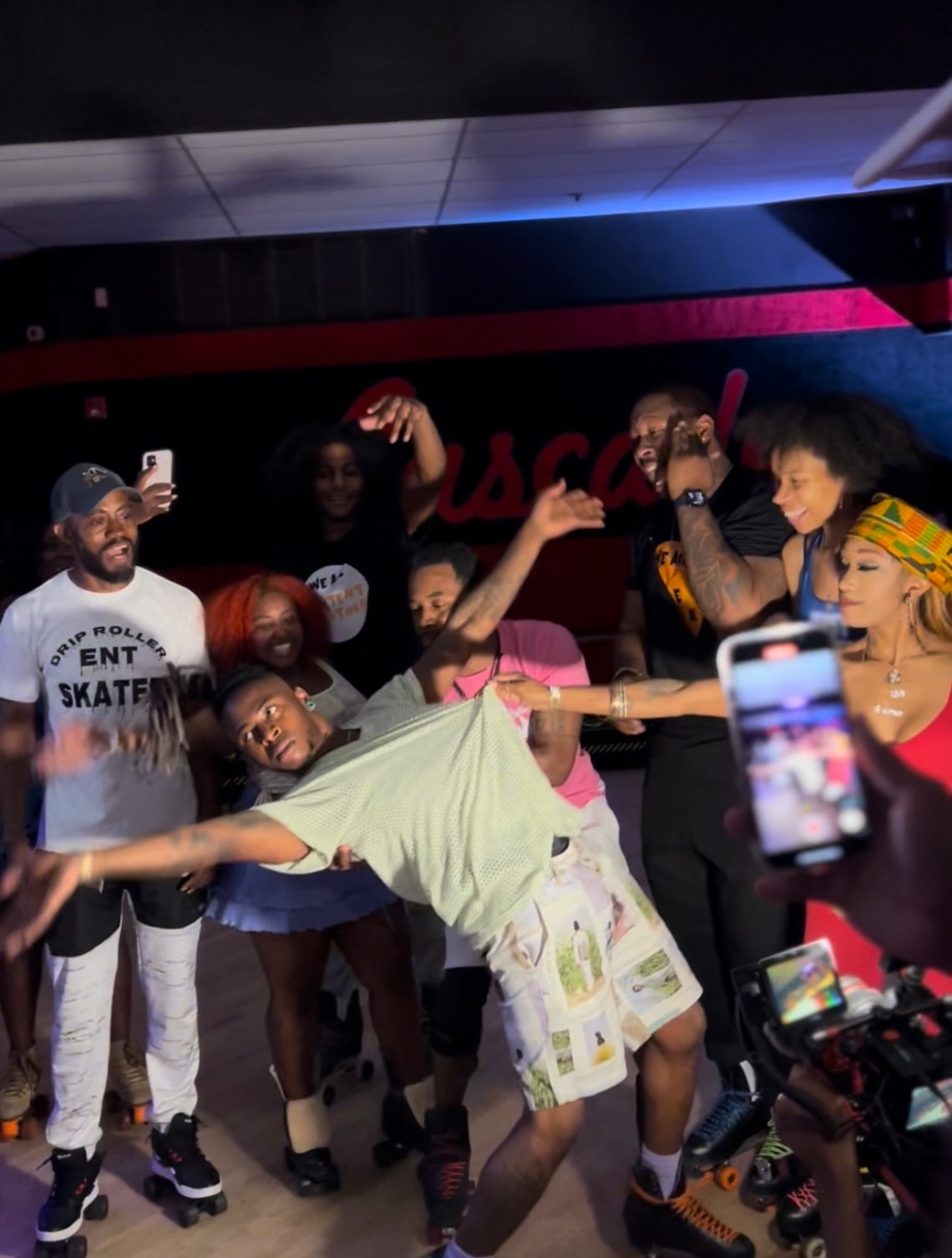 The night seemed to wind down with Netflix dimming the lights. They shared an extended trailer for “Stranger Things 4” right on the skate floor. Guest wheeled in, taking a criss-cross seat style, in front of a projector. Lightening effects were blasting on the ceiling as the footage rolled. 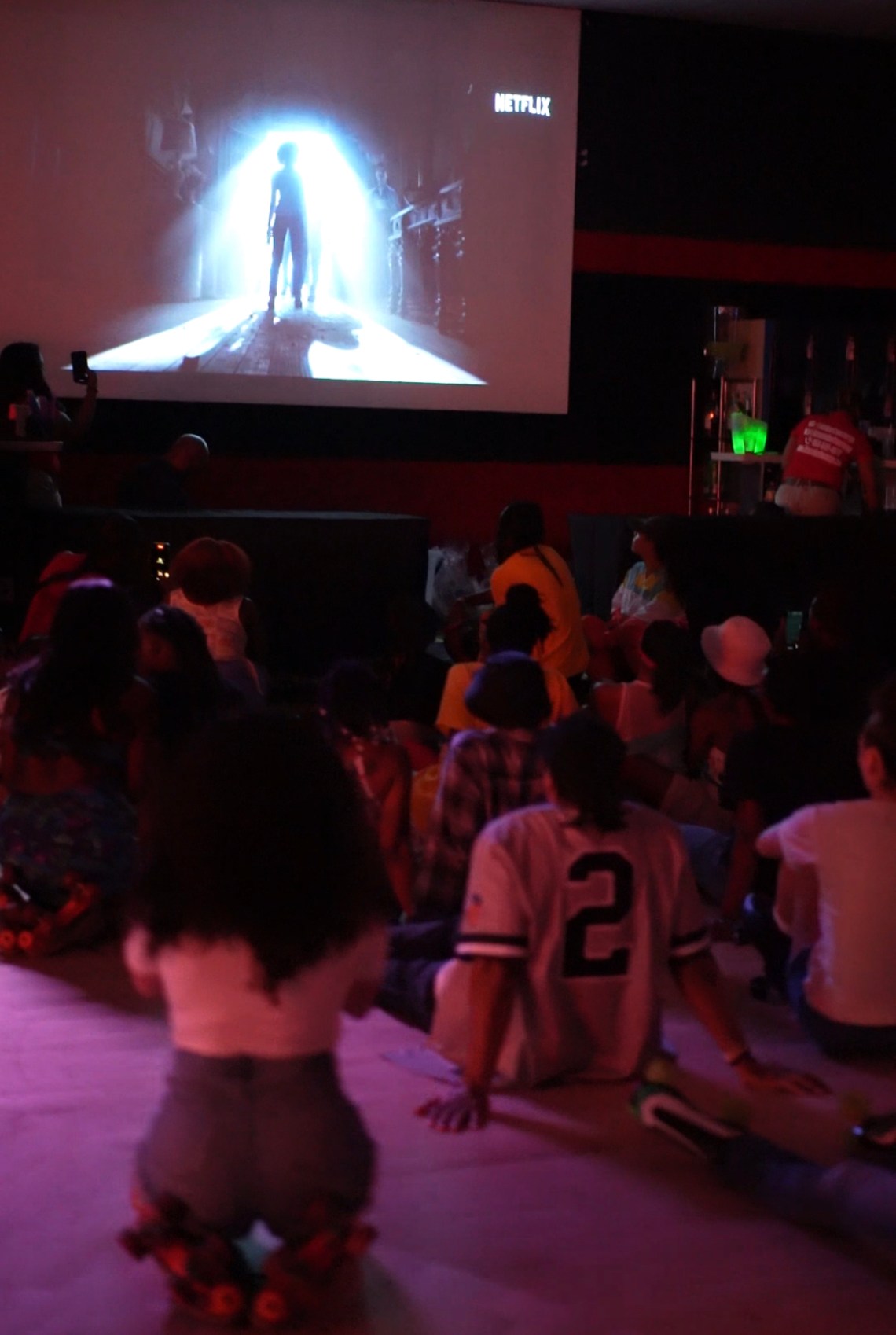 I got a keepsake photo from the night, courtesy of Strong Black Lead, Netflix’s sub-brand aiming to amplify Black voices. Overall, I had a blast, and so did my two middle school guests. Thank you, Netflix, for the memories. 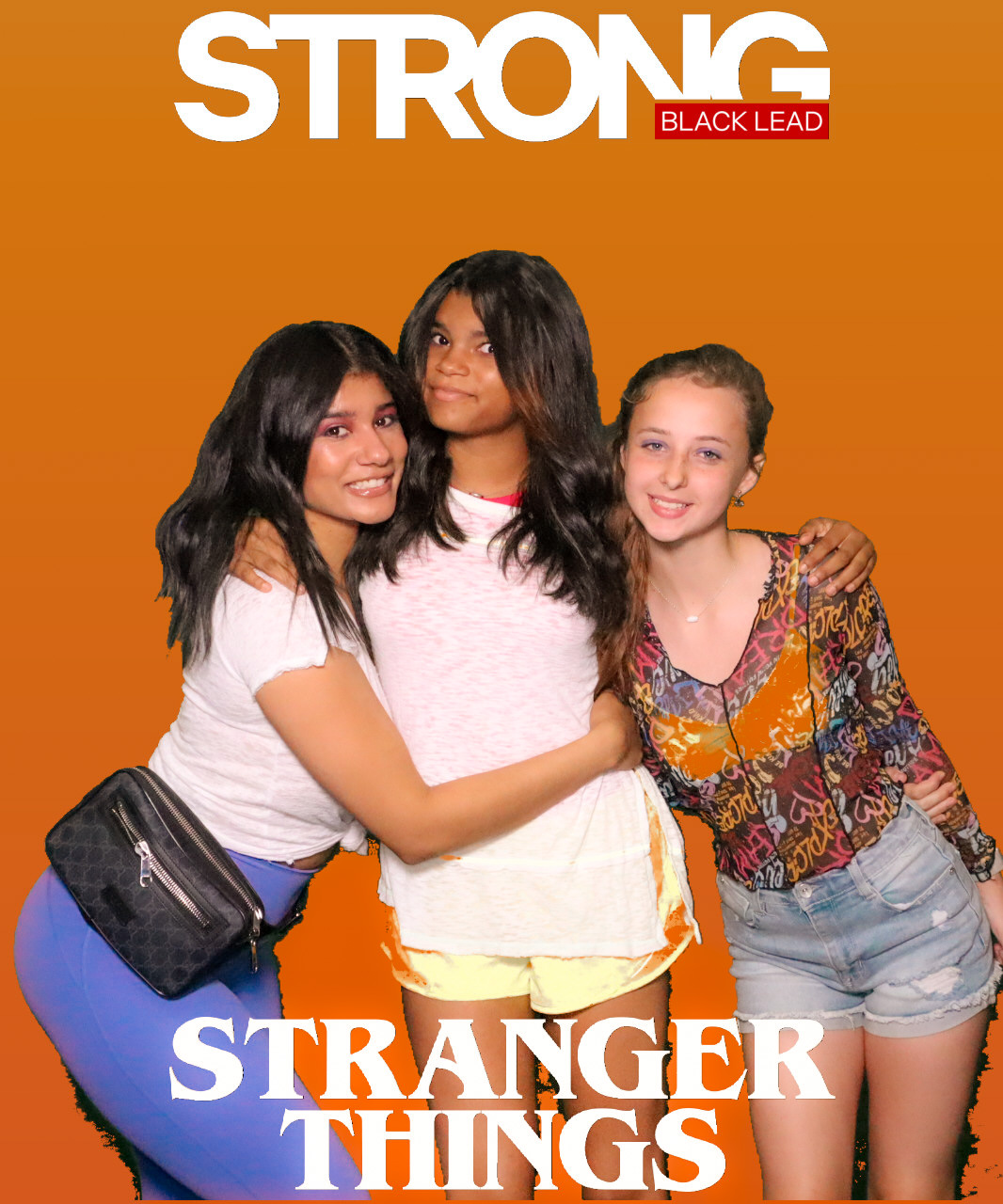 Aiesha Letman is the Managing Editor at TheShadeRoom.com and has been covering celebrity news stories and social discussions since 2014. Her writing style has been highlighted in The ‘New York Times’ and ‘The Fader.’ Previously, she appeared on ‘MTV’s Yo Momma,’ winning $1,000 CASH MONEY. When she’s not writing viral headlines, she loves to travel and share beauty tips with her daughter.

Not Your Grandma’s Pie! Four Sweet Potato Desserts To Try This Holiday Season