Roommates, in addition to recently celebrating her heavily attended birthday party, Reginae Carter also received another gift—getting back together with her ex-boyfriend YFN Lucci. Not only did he throw her birthday party, but Lucci and Reginae have officially rekindled their relationship and were recently seen riding around together all boo’d up.

Reginae Carter and YFN Lucci had a rocky relationship and an even rockier breakup—but it appears that time heals all wounds because the two are now back together. Rumors have been swirling for months that Reginae and Lucci were back together due to some interesting social media posts and being spotted at the same places.

Well, those rumors are now confirmed. Despite Reginae previously saying that she was done with dating rappers and bad boys, she has clearly had a change of heart and wants that old thing back, which is another go ‘round with Lucci. 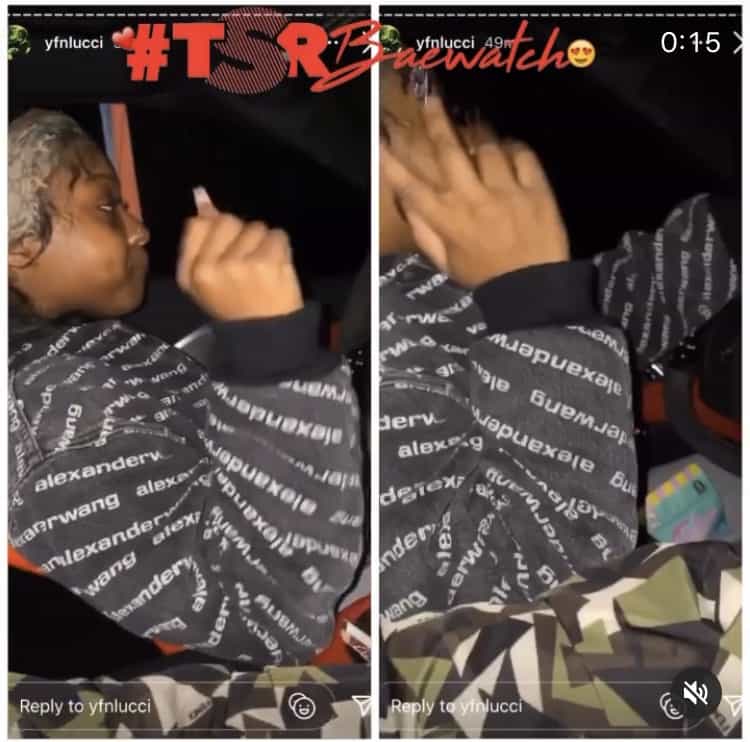 As we previously reported, Reginae also said that she would not be making anyone famous again following her breakup with Lucci. Back in August, she even tweeted that she was done dealing with guys who have children, which was clearly directed at Lucci, who is a father of four.

You’ll recall that the two were inseparable prior to Trouble’s infamous “cucumber party” last summer where Lucci was in attendance and engaged in some very inappropriate behavior. Things between them quickly fizzled after that and they ultimately broke up.

Taraji P. Henson Shares That She Only Made $40,000 For Her Role In ‘The Curious Case Of Benjamin Button’

Wendy Williams Alleges K. Michelle Leaked Silicone From Her Butt Implants On Idris Elba’s Sheets When They Were Dating (Video)

Lady Gaga’s Dogs Are Stolen After Her Dog Walker Is Shot–A $500,000 Reward Is Being Offered

K. Michelle Addresses Her Butt Falling Out Of Place In Viral Video