Roommates, social media was on fire recently when photos surfaced of Larsa Pippen and NBA star Malik Beasley holding hands in Miami despite the fact that he’s currently married. Well, social media also had a hand in uncovering old comments that Malik left under Larsa’s Instagram photos—proving that the two have been seeing each other in plain sight for several weeks.

As endless details of their alleged affair continue to unravel, fans quickly did some investigating and discovered that Larsa Pippen and Minnesota Timberwolves player Malik Beasley have been getting it in for a minute now right underneath our noses—and also his wife’s. Back on October 23rd, Malik commented on one of Larsa’s selfies, writing “I just want to take you on a date and treat you like a queen.”

It’s highly surprising that Malik would leave such a public and flirty comment underneath Larsa’s photo when he is currently married to Montana Yao—who he tied the knot with earlier this year in March.

Meanwhile, two other women have come forward and also claim to currently be having relationships with Mailk as well, as his wife revealed that she has sought legal counsel and is filing for divorce. 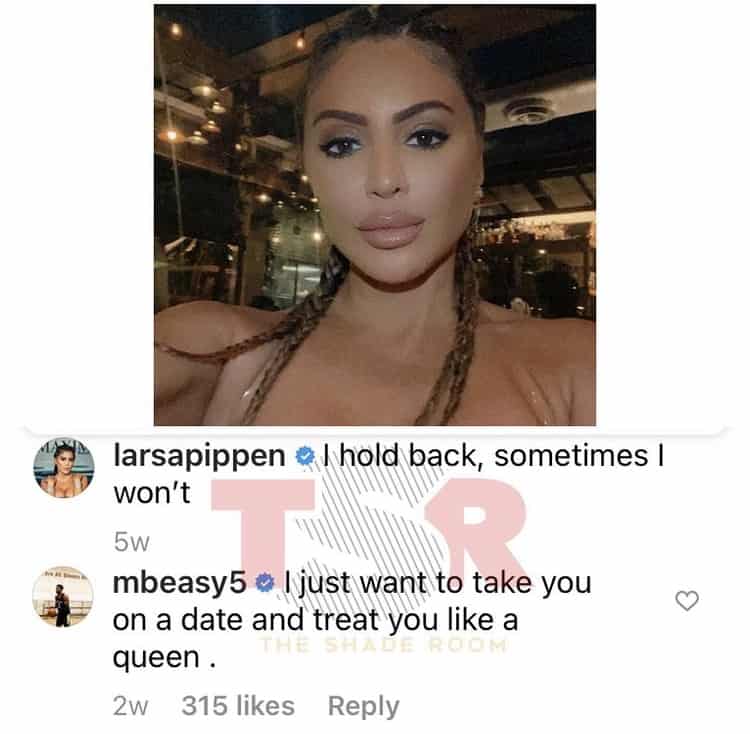 As we previously reported, on November 23rd, Larsa Pippen, 46, and Malik Beasley, 24, were spotted hand-in-hand in Miami in a series of photos.

The two were both wearing masks and seemed to be quite familiar with each other in the photos. Malik is just four years older than Larsa’s oldest son, Scottie Jr., who is 20 years old. As of right now, neither Larsa Pippen nor Malik Beasley have publicly commented on the dating rumors.