Roommates, get into this! A substitute teacher was injured and treated by paramedics after an altercation with “several” students in a DeSoto middle school classroom on Wednesday afternoon, a representative with the DeSoto Independent School District confirmed.

Videos and photos of an altercation between multiple students and a substitute are making their rounds on social media sparking outrage.

In the video you see one student throw a chair to the face of the teacher, which caused the substitute to throw two chairs in retaliation. The video then shows the teacher approach his desk and wipe blood from his face. 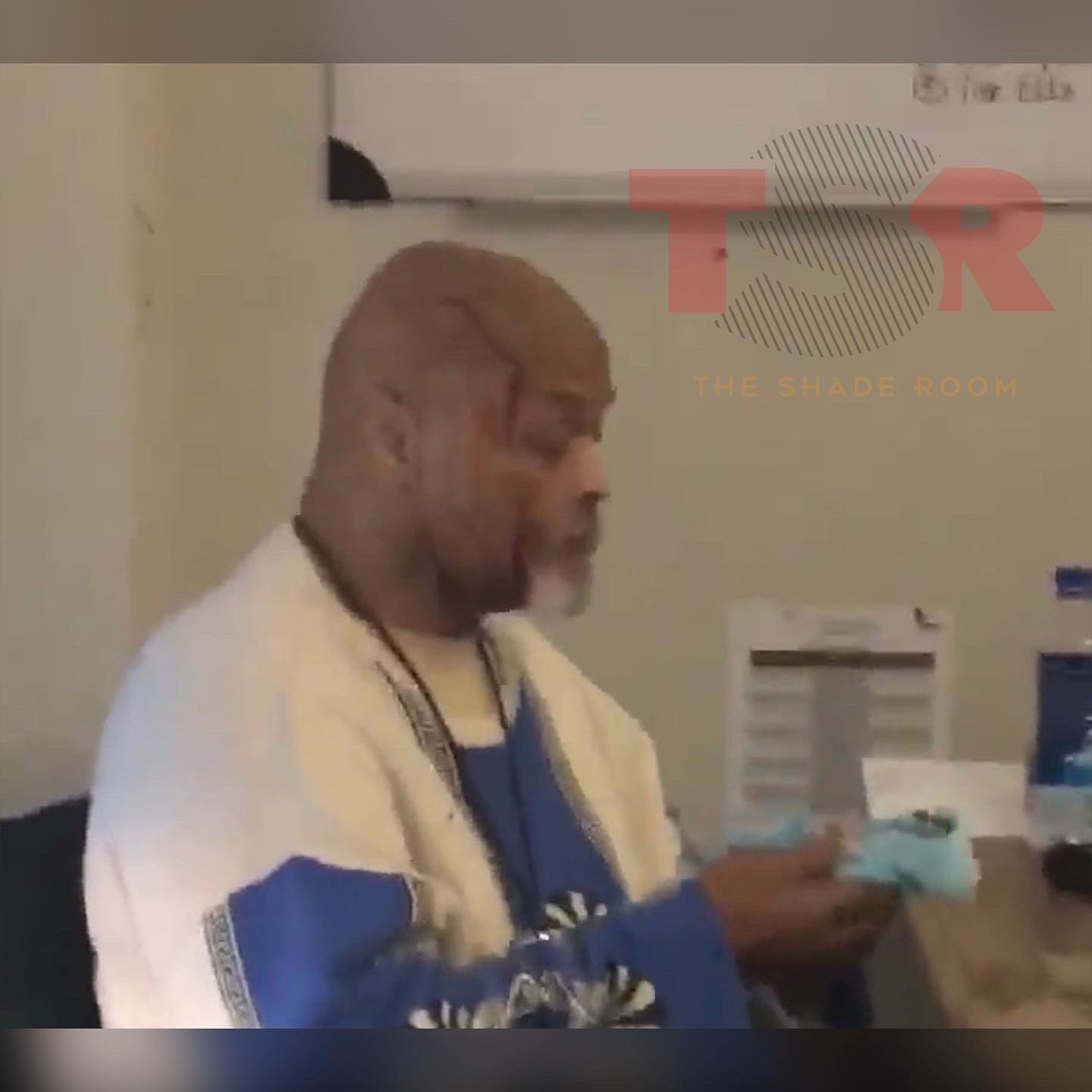 DeSoto police said late Wednesday that they were aware of the videos circulating on social media and are further investigating the incident. They also shared that “in response to the videos…there will be a larger police presence at DeSoto West to prevent any further incidents. The safety and security of our children is our top priority.”

According to one DeSoto ISD representative, the students attacked the teacher first, injuring him to the point that paramedics were called to the scene. The district refused to comment further on what sparked the incident, or whether any students were detained by law enforcement and on how, if at all, the students may be punished.

“The district makes it clear that it does not condone or tolerate the behavior that took place in the incident and that all parties will be held accountable to the full extent of the district’s ability to address the matter,” DeSoto ISD said in a statement.

As a result of the altercation, DeSoto ISD initiated their Spring Break early saying “DeSoto ISD is working to reset culture and behavior on campuses, and to refocus our system on effective instruction, learning, and student academic and social development.”

Justin Sylvester Says People Took The Viral Cooking Clip With Jenna Bush Hager “Out Of Context,” After She Gets Called Out For Being Too Touchy

R. Kelly’s Fiancée Joycelyn Savage Claims She’s Expecting A Child With Him In Her New 11-Page Memoir—“Robert Is Extremely Excited About The News”

Chloe Bailey Claps Back At Those Criticizing Her Music—“You Can’t Please Everybody, Do What Makes You Happy”

Chloe Bailey Shows Off Her Killer Vocal Skills With A Cover Of Beyoncé’s ‘Plastic Off The Sofa!’

Saucy Santana And Madonna Team Up For ‘Material Gworrllllllll’ Remix