Roommates, ever since she announced her widely speculated pregnancy, Summer Walker has been in the middle of increasing drama between her boyfriend/producer London On Da Track and the various mothers of his children. Her recent online beef was with Eboni Ivori, who slammed Summer’s post on Instagram and called her out for being a hypocrite.

Summer Walker may be getting ready to bring new life into the world, but she is definitely having a drama-filled beginning so far. Not only has Summer being beefing with London On Da Track, she has also been repeatedly going back and forth with the mothers of his children.

The women have never gotten along, as Summer has previously called them out for only wanting money and being petty by purposely keeping London On Da Track from seeing them.

Summer posted a message on Instagram and Eboni Ivori clapped back in a major way with her own response.

“Mf’s really worship money, das crazy. Money over everything. Over yo friends, yo family, yo kids, money over yo self. F**k integrity, f**k self love, self care, evolving, growing, healing as long as you got money? Weird concept to grasp.”

Meanwhile, Eboni followed up with this:

“Yu the first 2 call me and everybody broke. That’s all yu good for all the time. Now yu wanna b dramatic & want sympathy. B**ch please.”

As for Summer and London’s relationship, their status changes daily, but as of right now they are not together. 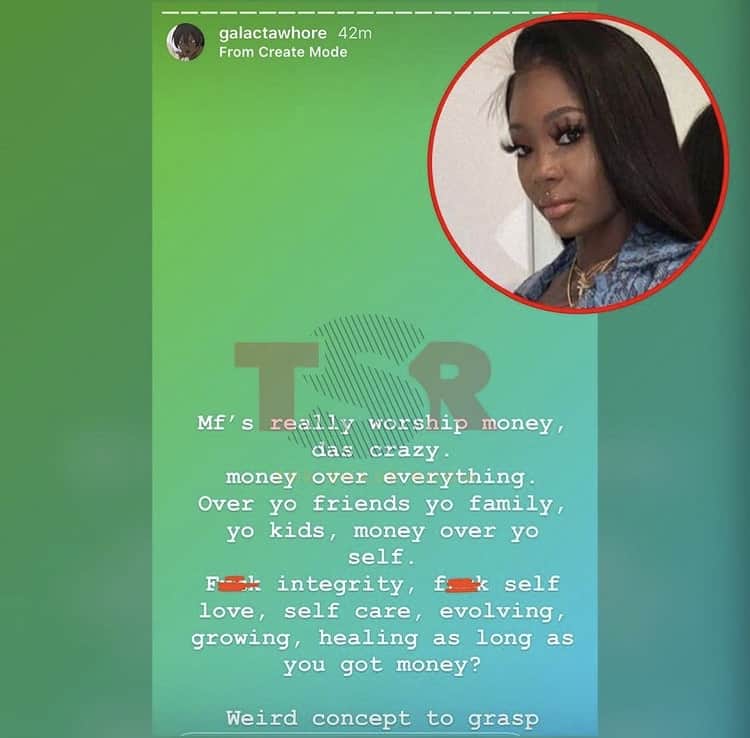 Kanye West Turns Heads In London With His Footwear (Photos)