Roommates, as we previously reported back in September when it was announced that their long-running reality show “Keeping Up With The Kardashians” was coming to an end, it has now been officially confirmed that the Kardashian family has indeed signed a multi-million-dollar streaming deal with Hulu! Underneath the partnership, the Kardashians will have control to create their own original content expected to be released sometime in 2021.

Just three months after initially announcing that their incredibly popular reality series would be ending after its 20th season, the Kardashians have confirmed their highly-anticipated return courtesy of Hulu. The streaming service recently announced that the family will have an exclusive streaming deal with them worth millions—while allowing them the ability to create a host of new projects that will be specifically for Hulu.

Their content will air exclusively on Hulu domestically and on Star internationally. As fans were shocked and saddened by the initial announcement that the Kardashians would be leaving the E! network after 13 years on the air, almost immediately reports were swirling that they would land elsewhere and now they have.

As we previously reported back in September, inside sources stated at the time that the family was expected to have a very lucrative streaming deal within a year. While E! paid the family $150 million in 2017 to resign contracts, they could double that at a streaming service. There were also talks of the Kardashians starting “their own media company.” There’s more money in streaming,” said the source back in the fall. “And it’s global.”

Currently, there is no word on what their content will be or if they plan to reboot “KUWTK,” but as with anything involving the Kardashians, they will definitely let us know. 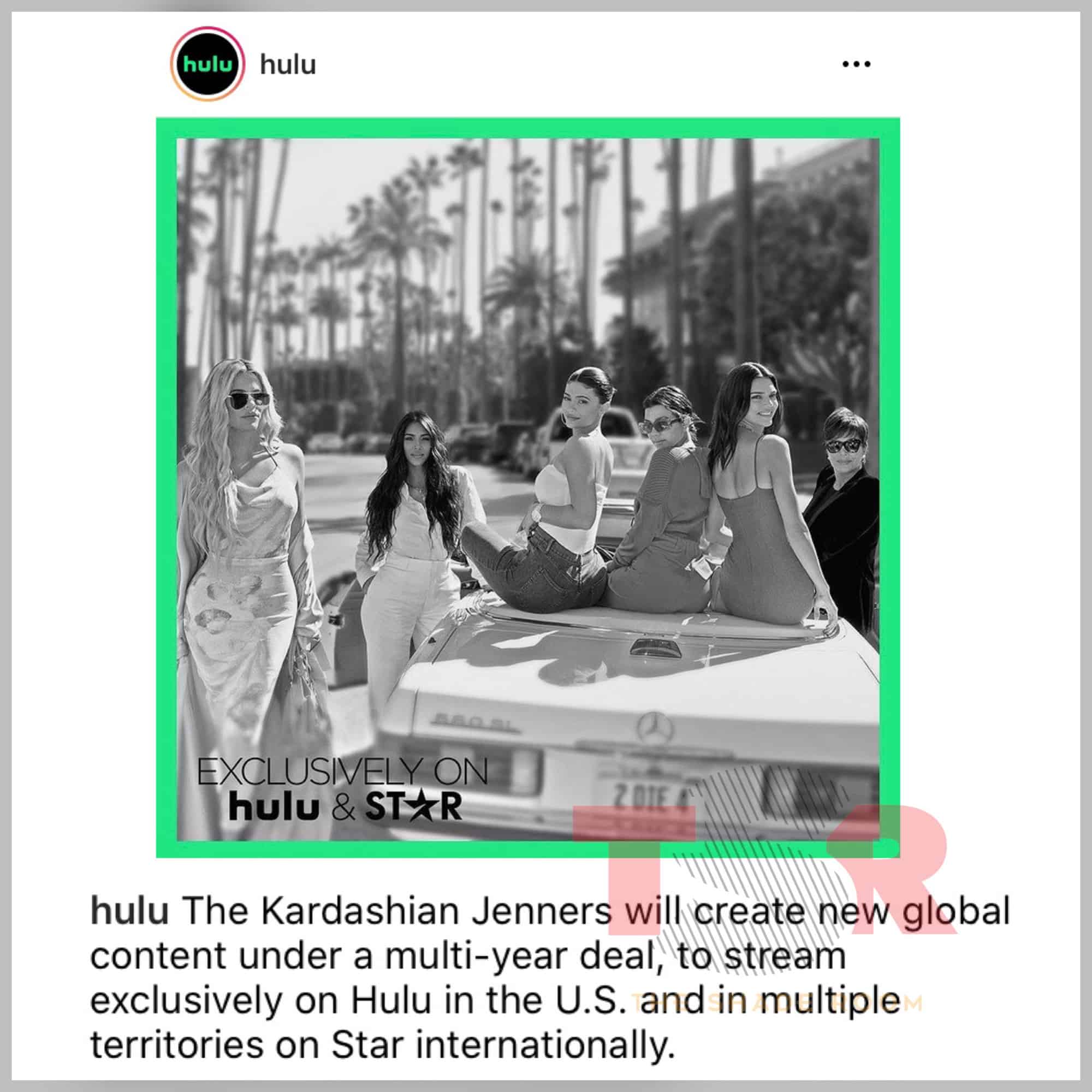