Roommates, following the announcement of the 2020 Grammy award nominees, many fans instantly noticed that some of their favorite artists were missing from the list—especially The Weeknd. After his fans stormed social media in protest about him being shut out of the Grammys this year, The Weeknd posted a message across his social media pages to express his extreme disappointment.

After he largely dominated the charts this year with his music, many couldn’t understand how The Weeknd managed to receive zero Grammy nominations. The controversy surrounding him being one of many artists completely shut out, has practically overshadowed the artists that did get nominated.

He posted a simple yet very telling message about how he feels about the Grammys neglecting to nominate him, writing:

“The Grammys remain corrupt. You owe me, my fans and the industry transparency.”

Many fan and industry insiders were convinced that The Weeknd’s song “Blinding Lights” would be a major front-runner at the Grammys, possibly landing nods in categories like Record of the Year, Song of the Year, Best Pop Solo performance or even Best Music Video—but none of that happened.

Responding to The Weeknd’s message and clearing up rumors that he wasn’t nominated because he is performing at the Super Bowl and the two events conflict, Recording Academy’s Chair and Interim President/CEO, Harvey Mason Jr., had this to say:

“We understand that The Weeknd is disappointed at not being nominated. I was surprised and can empathize with what he’s feeling. His music this year was excellent…We were thrilled when we found out he would be performing at the upcoming Super Bowl and we would have loved to have him also perform on the Grammy stage the weekend before …To be clear, voting in all categories ended well before The Weeknd’s performance at the Super Bowl was announced, so in no way could it have affected the nomination process.”

Several other artists also took issue with their lack of Grammy nominations this year, including Teyana Taylor who commented that some of the R&B categories were comprised of only men. 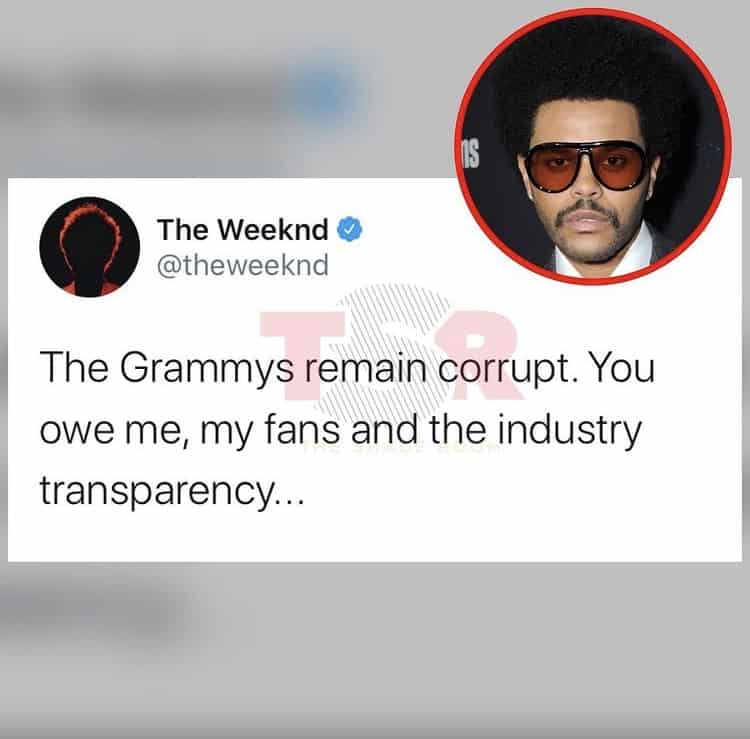