Whenever Karen Phillips phoned her daughter, her calls never went unanswered. So, when Kierra Coles, 26, failed to pick up on October 2, 2018, Phillips’ motherly instinct kicked in. Something was not right.

“It’s just not like my child to not talk to me every day,” shared Phillips in a recent interview on The Shade Room’s TSR Investigates. “I went on my lunch break and went to her house to see if she was there, but she wasn’t there.”

Coles, who was pregnant with her first child, was a postal worker on Chicago’s Southside. Maybe she was busy working and couldn’t pick up? Not quite. Phillips called the local postal office and was informed that Coles was off for the day.

She then called police and Coles’ then boyfriend, Joshua Simmons, who was also the father of Kierra’s unborn child.

“[Joshua] said he would do everything he could to help,” Phillips said. “Once police went to go question him, he was nowhere to be found. That is when I knew he had something to do with it.”

Simmons relocated and has not contacted Phillips or her family since.

A year went by without any new leads. And as Kierra’s case went cold, so did authorities according to her family. As of 2021, Phillips says nothing much has changed.

“Two or three years later, [we’re] still [in] the same spot,” Phillips said. “We know that Joshua was the last person who saw her.”

Joshua Simmons has never been charged and he’s only been questioned by police about Kierra’s disappearance. TSR Investigates host Justin Carter’s attempts to contact Simmons via Facebook were unsuccessful, and it appears he may he using another name on the platform.

But Chicago Police assure that this case remains a priority. In a statement issued in late September 2021, they wrote:

“The Coles case remains a high-risk missing person investigation with potential foul play suspected. At this point, anybody with knowledge of her last whereabouts is asked to contact the Chicago Police Department. We are seeking any and all information in an attempt to locate her and we won’t stop until we do.  The United States Postal Inspection Service, FBI and Chicago Police are jointly working this investigation.”

So Where’s the Media Attention?

“We can all say the names, Natalee Holloway, Laci Peterson, Chandra Levy, Caylee Anthony, Elizabeth Smart, Gabby Petito,” said Derrica Wilson, co-founder of the Black and Missing Foundation. “But not one person can name a missing black or brown male or female that has garnered mainstream media. Not one. When we started the organization in 2008, 30% of missing persons in the United States were missing persons of color. That number has since increased to 40%. So why not us?”

The question continues to loom, in wake of the 2021 case of missing New York woman Gabby Petito. Millions of dollars in resources were spent in the search of the 22-year-old, who was eventually found deceased. 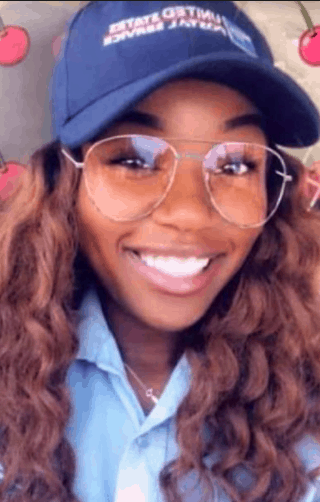 “The first 3-4 months, my daughter did get a lot of coverage, but it died down so fast,” Phillips said. “I think if it’d had been more, my daughter would be found by now. Whether it was good or bad.”

There are 170 missing women in Cook County, which covers the Greater Chicago area. Many of whom are women of color.

“I think what we saw recently with Gabby speaks for itself,” added Max Julion, President of the Letter Carriers Union #11 of Chicago. “It’s the reason why they call it the Amber alert and not the Shaquita alert. [Kierra] is not just a member of our union, she is our sister. We have not forgotten and we’re not going to let anyone else forget.”

The reward for information leading to the whereabouts of Kierra Coles is nearly $50,000. Those who have information are asked to contact Chicago Police, The FBI, or the U.S. Postal Inspectors.