Trina Gets Her Strut On To Saucy Santana’s New Song “Walk!” - The Shade Room
Celebrity News

Trina Gets Her Strut On To Saucy Santana’s New Song “Walk!”

Roommates, it’s only been a few weeks since Saucy Santana dropped his new song “Walk,” but many are already feeling it—including fellow “Love & Hip Hop Miami” star Trina. In a video posted to social media, Trina can be seen getting her strut on, as she walks the imaginary runway while Saucy Santana’s track plays in the background.

If the current response is any indicator, it appears that Saucy Santana may have a hit song on his hands courtesy of his recently released track “Walk”—which has now also caught the attention of rapper Trina.

Outfitted in a form-fitting black catsuit, Trina posted a video of herself sashaying back and forth as the song played and officially giving it her stamp of approval. Not only did Trina and Saucy Santana both co-star on the popular Miami version of the VH1 franchise, there also seems to be a friendship between the two as well.

Meanwhile, as we previously reported, Saucy Santana and Rolling Ray are currently in the middle of one of the most entertaining beefs of the year. The two have continued to go at each other for the last few weeks, with Rolling Ray claiming that Santana’s song “Walk” is actually shade to him and his disability.

As for the question of if/when we will see Trina, Saucy Santana and the making of “Walk” on the upcoming season of “LHHMIA,” we’ll just have to wait and see once production resumes after being shut down due to COVID-19. 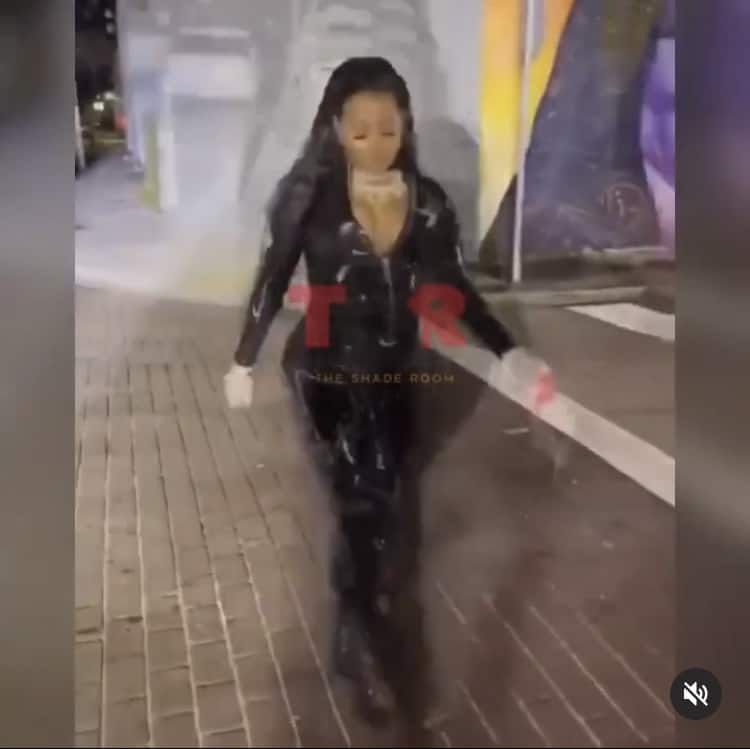