#TSRExclusive: Tami Roman & Snoop Dogg Are Bringing Their Scarves & Bonnets Together For New Late-Night Variety Show ‘Get Into It…Forizzle’

Roommates! Many of us get our lives from #TamiRoman’s #BonnetChronicles series right?! By being funny and undoubtedly keeping it ????, Tami has generated millions of views and sparked heated debates from her videos which keep her followers engaged.

Earlier this month, actually, legendary rapper #SnoopDogg was cracking up to one of Tami’s videos about #KimKardashian and decided that he wanted in on the action. “I got my scarf on,” he began. “When we gone have a one on one talk about this sh*t we keep seeing?”

Well, I can exclusively confirm that Snoop and Tami had that talk and will be producing their own show! It’s a late-night variety show called #GetIntoItForizzle and will feature the pair covering the latest in pop-culture with their scarves and bonnets in tact. The show will include some sketch comedy, celebrity interviews and performances from some of today’s hottest names in music!

‘Forizzle’ will be Executive Produced by Snoop and his wifey Shante Broadus, Tami Roman, Jill Ramsey (Wendy Williams Productions) and Co-Executive Producers Ernest Dukes (Keyshia Cole, The Way It Is) and Danika Berry (The Cromartie’s). 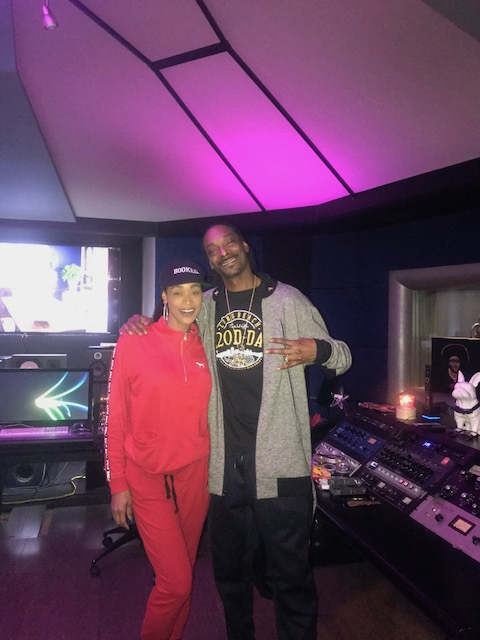 Filming will begin in March! Are y’all here for it?!

Chris Brown Seemingly Congratulates Rihanna On The Birth Of Her Baby

‘Monkeypox’ Trends As Officials Report Cases In The United States, Europe & The U.K.

Michael K. Williams’ Nephew Opens Up About Finding His Body The Day Of His Passing