TSR Updatez: Man Who Impregnated Twin Sisters Has A Show In The Works
Celebs

TSR Updatez: Man Who Impregnated Twin Sisters Has A Show In The Works

Roommates, the man who impregnated twin sisters is BACK and this time with some sort of show. Last week we just had to post the photo of him standing next to his twin baby mommas and gave y’all some insight on their situation.

If you remember, Keonyae, Nydia and Nia were seen in a photo that quickly went viral after Keonyae posted about their situation on his instagram, see below: 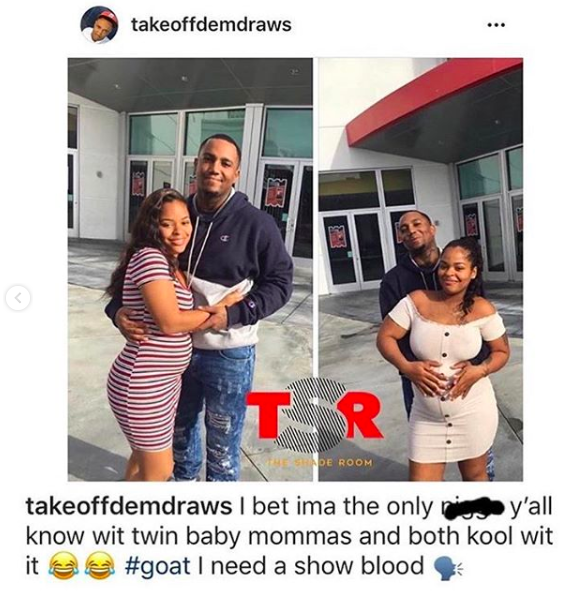 Clearly, Keonyae spoke his caption into existence! It hasn’t even been two weeks since the viral post and Keonyae is back with his baby mommas to be with a whole new show! In another Instagram where they confirm what’s in the works, it looks like Keonyae, Nydia and Nia are going to spill tea on their very unique situation.

In the clip, you see the sisters answer the most obvious question which is… “how did this happen?” Though they gave a simple explanation, the reality is way more complex. If you think about it, the siblings will be brother and sister as well as cousins simultaneously. We spoke to Keonyae and he confirmed that one sister is having a boy, while the other is having a girl, exactly one month apart to boot. In the clip you also see the twins briefly talk about their initial reaction to the news. One sister, Nia said she felt bad when she found out she was pregnant. While her sister Nydia explained she felt betrayed when she found out about her sister’s pregnancy.

See the clip below:

Although there was clearly a bit of tension, it seems like everyone has moved passed the initial shock and is ready to raise their children. As of now, there are no specifics on when the show will air or where the show will air but given how messy this situation is, I’d assume it’ll be ‘must-see’ t.v.!