Three women were arrested for injuring two restaurant workers and causing hundreds of dollars in damages after allegedly being charged $1.75 for extra sauce, and the entire scene was caught on video.

The melee occurred at Bel Fries, a popular late-night spot in Manhattan’s Lower East Side, around 4:10 am Sunday morning, according to the NYPD.

A video of the incident, which was posted to Twitter on Wednesday, has already garnered 3.5 million views in a day since its posting as of Thursday.

Just another day in NYC.pic.twitter.com/iyXILAsTs3

The two minute-long viral clip shows as the trio throw glass bottles along with a stool and whatever else was in arm’s reach at restaurant workers, with one of them jumping on top of a counter and throwing sauce everywhere. One of the three women even threatened to tase a restaurant employee.

Meanwhile, a crowd of onlookers could be seen cheering the women on, as an alarm continues to go off while they continued to destroy the place.

The Post reports the incident began after the women were charged $1.75 for extra sauce. A 33-year-old female employee and a male employee both suffered cuts to the head. 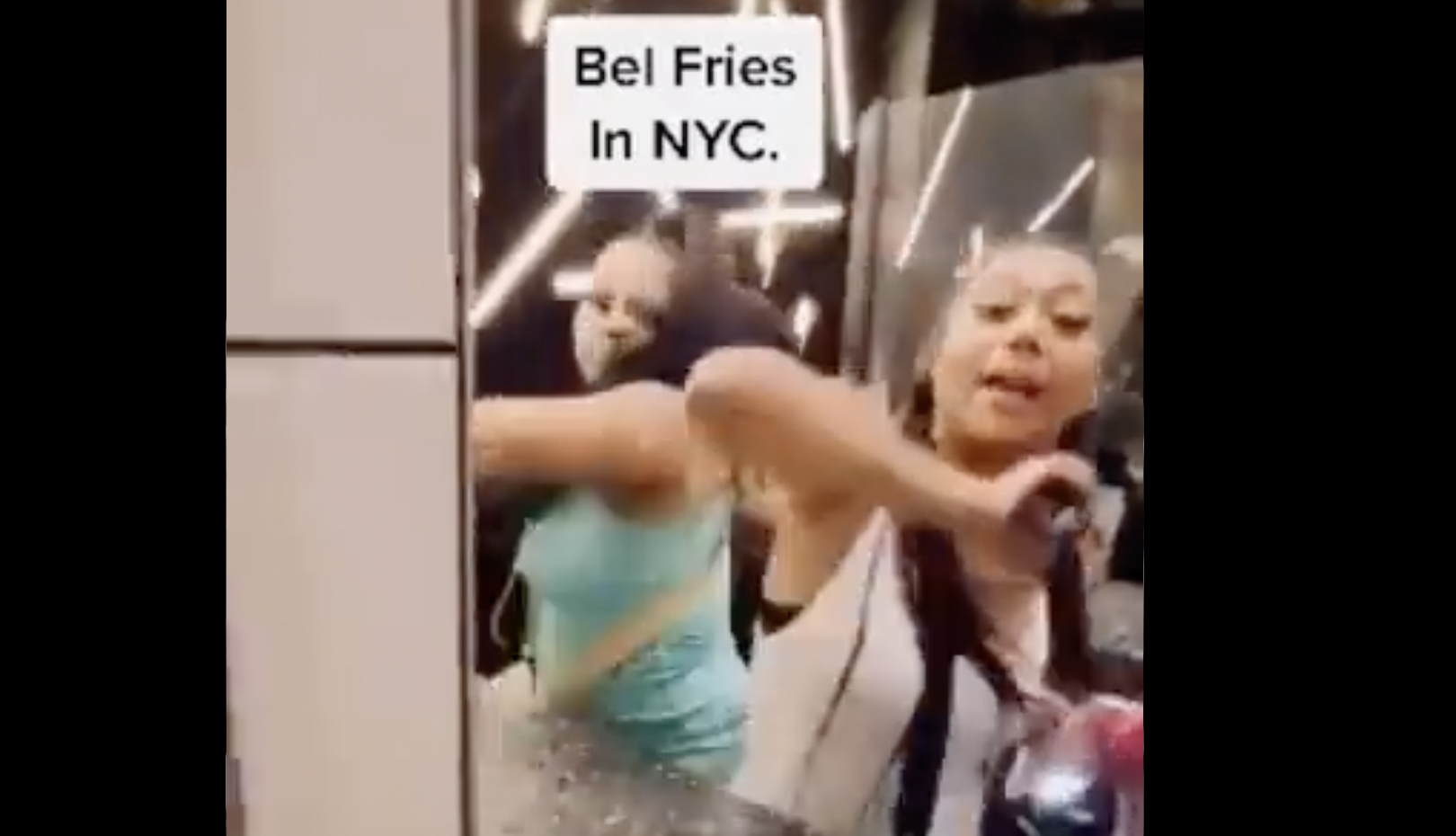 The damage caused by the wild fracas forced Bel Fries to close to make repairs, and had yet to re-open by Wednesday the restaurant’s Instagram page revealed.

Ozaria reportedly punched one of the arresting officers in the face, leading to an additional charge of assaulting a police officer, resisting arrest, disorderly conduct and obstructing governmental administration, according to The Post.

Meanwhile, Plasencia and Johnson were also both charged with criminal possession of a weapon.

A LinkedIn account for a woman bearing the same name and spelling as Plasencia works as a peer educator at Office of Child Support Enforcement. In 2011, The Post reported that a then-13 year-old Plasencia went missing and had required medication at the time.

WATCH: Shocking Video Shows As Texas Attorney Shoots Gun At Ex-Girlfriend Inside Austin Bar As Customers Rush To Stop Him