Roommates, when I tell you the tea spilleth over, it SPILLETH OVER! First of all, we all know Nicole Murphy is a baddie. Sis is known to have a casual slay reserved for any moment. She’s also known to have a bangin’ BAWDY, serving as a reminder that you can be 45+ and still out here zdippin’ & zdoin’ it! Props aside, Nicole set the internet on fire for different reasons today.

Apparently, sis was out in Italy doing her thing and was spotted with a fine, chocolate mansss. After a little research, we realized he was director Antoine Fuqua. No alarm bells rang, that is until the internet discovered that Antoine is reportedly STILL a married man. At least according to his wife Lela Rochon, best known for her role in films like ‘Coming To America’ and ‘Waiting To Exhale.’

See pictures of them smoochin’ below:

Now something in the milk just ain’t clean cause, Lela posted her husband just a mere 5 months ago: 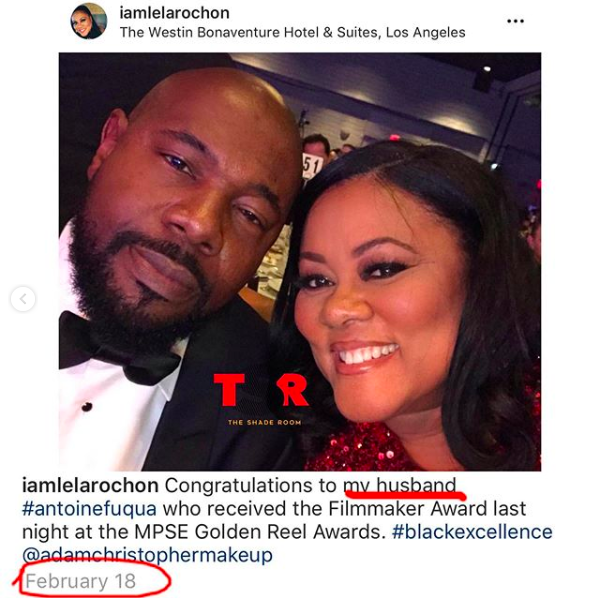 Though the tea is hot, it got even hotter when Lisa Raye stepped into The Shade Room and was .2 cents short of a dollar if you catch my drift. Sis came all the way through with a message. Seems like she wanted all the smoke: 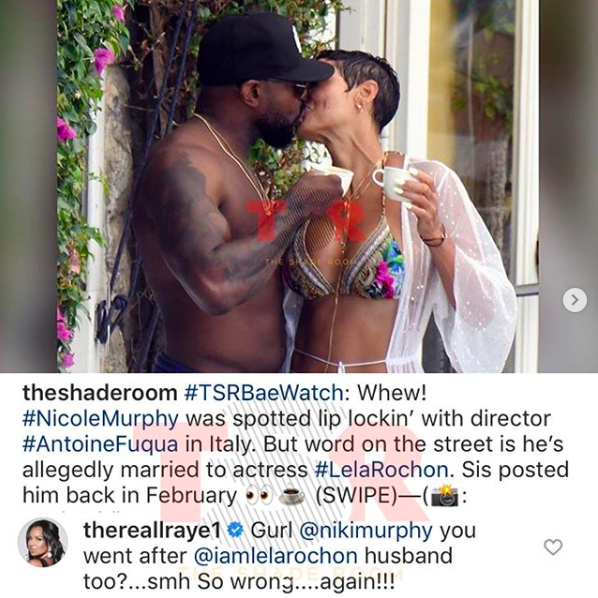 My first question is… who is the other husband Lisa alleges Nicole went after to begin with? Whew! Since posting the photo, Lela has deleted her instagram account: 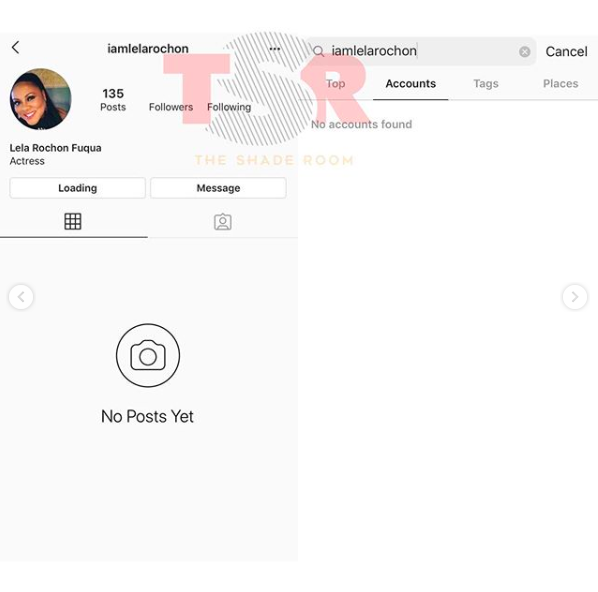 Lela made her departure from the ‘gram less than a few hours. Lela, Nicole or Antoine haven’t made a public comment in regards to the news, but we’ll be sure to keep you up on this tea Roommates!