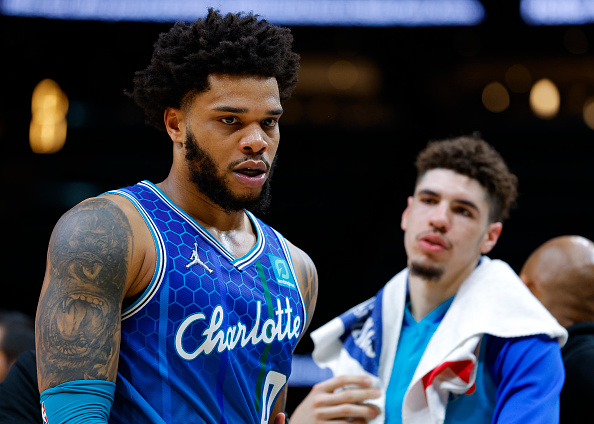 NBA star Miles Bridges turned himself into police for felony charges of domestic violence against his wife, Mychelle Johnson, a day after she posted images of injuries all over her body – including a fractured nose and wrist – on social media.

TMZ reports that Bridges, 24, earning $8 million per year with the Charlotte Hornets for the past four years, has already been released from custody and was spotted inside an area gym as of Thursday.

Mychelle revealed she was “choked until I went to sleep” and suffered a severe concussion by the NBA forward, who stands at a massive 6’7 and weighs around 225 lbs, according to his NBA Draft bio.

Police arrested Bridges for felony domestic violence after turning himself in to police on Wednesday. Johnson claims they got into an argument that turned physical, TMZ Sports reports.

While police did no name her during the arrest report due to her being the victim, Mychelle took to Instagram a day after his arrest, identifying herself as the victim in this case and posting graphic images of bruises and injuries she sustained during the assault. The photos show injuries to her face, neck, arms, legs, hands, wrists and back.

“I hate that it has come to this but I can’t be silent anymore,” Mychelle Johnson wrote in an Instagram post on Thursday. “I’ve allowed someone to destroy my home, abuse me in every way possible and traumatize our kids for life.”

WARNING: Images of domestic violence below:

Mychelle added a picture of her ER medical forms, with the diagnosis listed as “adult victim of physical abuse by male partner,” who suffered “assault by strangulation, brain concussion, closed fracture of nasal bone, contusion of rib, multiple bruises, strain of neck muscle.”

“I don’t need sympathy,” Johnson went on to say. “I just don’t want this happening to anyone else, I just want this person to get help, my kids deserve better. That’s all I want. It hurts, everything hurts, this situation hurts, most importantly I’m scared and hurting for my kids who were witness to everything.” 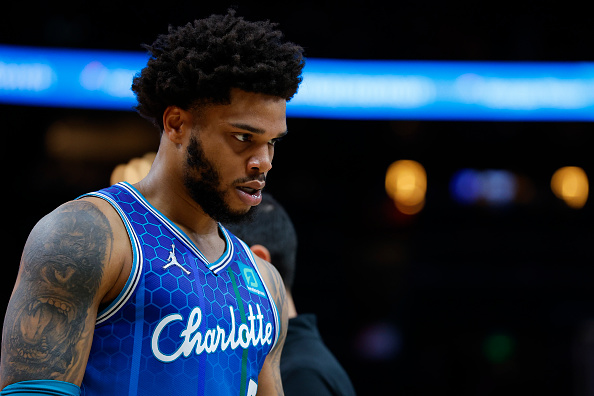 Mychelle also posted a video to Instagram of their son describing the alleged attack. The couple have two kids together, and married after they first began dating in 2016, according to TMZ Sports.

Bridges’ became a free agent this week after his contract with the Hornets expired on Thursday. However, Charlotte has extended an $8 million, one-year qualifying offer while retaining the right to match any offer he gets. Bridges was expected to get offers in the area of $25 million per year after coming off of the best season of his career.

The new free agent has yet to respond to the allegations. Meanwhile, the Charlotte Hornets released a statement following Bridges’ arrest. They said the team is aware of the situation and is in the process of gathering information.