Roommates, Alexis Skyy and Masika Kalysha have been enemies for several years now, but things got even more intense when both women had children with Fetty Wap…or so we thought. Following the recent reveal that the father of Alexis Skyy’s daughter is likely not Fetty Wap, but instead an ex-boyfriend, Masika took to social media to drag Alexis—however, Alexis proved to be completely unbothered.

Regardless of how much time has passed, it’s highly unlikely that Alexis Skyy and Masika Kalysha will ever be friends, as a new issue between the two has just surfaced. Alexis recently posted a photo of her and her daughter and underneath the photo, her ex-boyfriend Brandon Medford wrote, “Daddy’s girl.” This sent fans (and Masika) into a tailspin, as it appeared that the answer to the question of who fathered Alexis’ daughter was finally answered.

Once the photo began to circulate on social media, Masika took to her Twitter account and wrote the following:

“Find my comment from 2 years ago on the shade room and don’t ever fkn question me again. Foh”

The comment that Masika is referring to is when she wrote that Alexis should go “swab” Brandon for a paternity test. Getting wind of Masika’s comments, Alexis posted a simple message on her Instagram stories. “Ya’ll Big Mad at Big Lex this morning,” she wrote.

As of right now, Alexis has yet to confirm who the actual father of her daughter is. 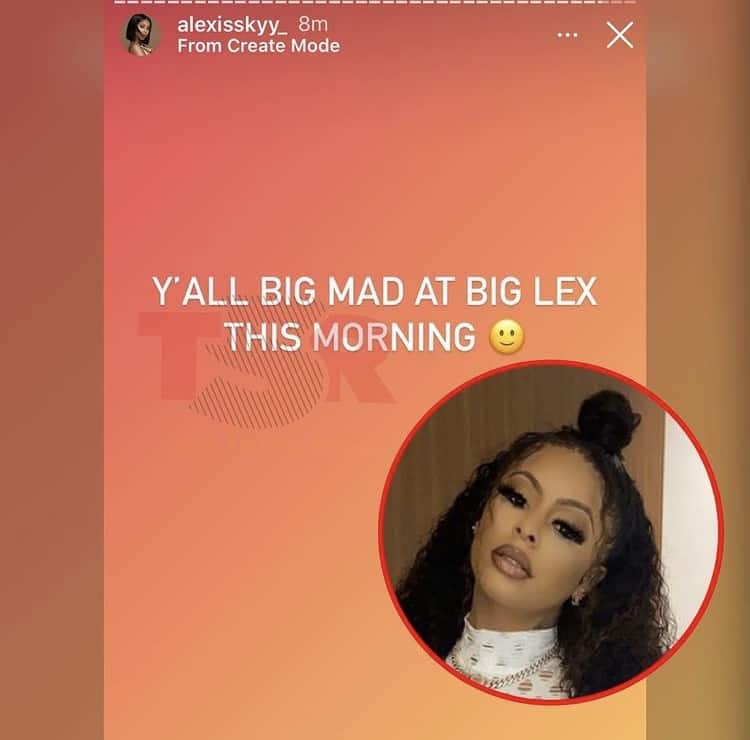