Do It For The Culture! Kelli Shakur Founded FroGang To Promote Embracing Natural Hair And The Power It Holds!
Celebs

Do It For The Culture! Kelli Shakur Founded FroGang To Promote Embracing Natural Hair And The Power It Holds!

Roommates, y’all know we love heroes who don’t rock capes! Let’s get into the works of Pittsburgh native Kelli Shakur. Kelli started an organization called #FroGang which is a movement that unapologetically promotes, empowers, and encourages natural hair and afros and the symbolic power they hold. Kelli is a 31-year-old mother to a son but has stood in as a positive figure in her neighborhood, Beltzhoover, and surrounding neighborhoods within Pittsburgh – encouraging and uplifting little black girls and boys.

FroGang began as a hashtag back in 2016 and has since blossomed into a powerhouse and safe space for the black males and females who are embracing and/or are on a journey to embrace their natural hair – especially their afros. Kelli strives to dispel the “lack of positive representation of natural black hair for our black girls,” she tells us. “I wanted them to have something visual to identify with. I want to redefine what beauty is and not let society shape our views on who we are.” 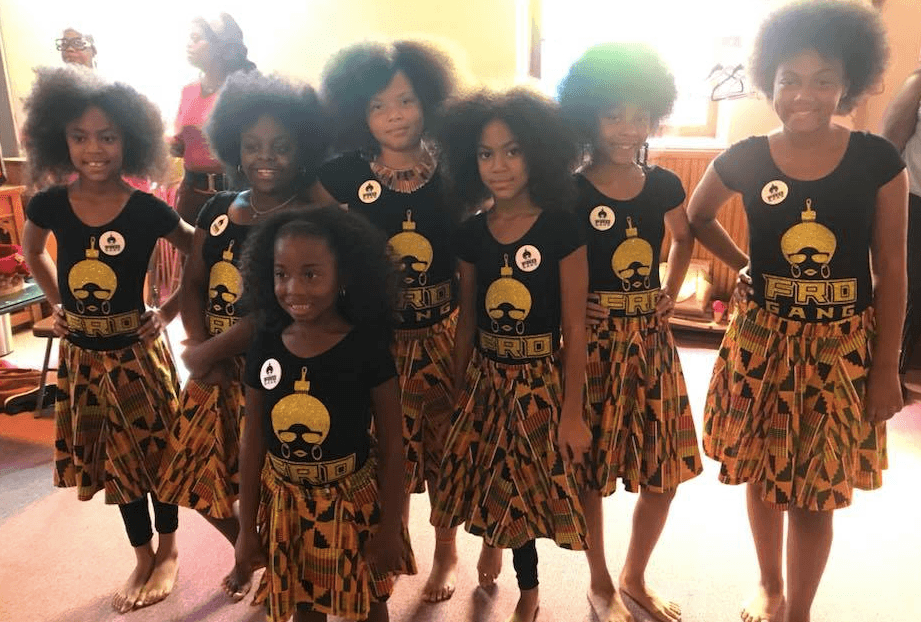 Since it’s humble founding, FroGang has participated in many speaking engagements, performed skits based on natural hair and self-esteem at churches and other venues, held weekly meetings, and gone on field trips. They are currently holding a black barbie doll drive where they are trying to secure at least150 dolls of color for the holidays.

Kelli tells us she has plans to expand the FroGang organization to other cities and states. She already has supporters in North Carolina and Alabama.

“You don’t have to have a fro to be a part of FroGang, just support the movement and the mission,” she said.

If you aren’t in Pittsburgh and are a fan of the FroGang movement, you can like the Fro Gang page on Facebook, use the #FroGang hashtag, purchase merchandise, tell a friend, compliment someone you see rocking their natural hair!