Roommates, Larsa Pippen definitely ushered in the last month of the year with a bang after she was spotted in Miami holding hands with NBA star Malik Beasley, who is currently married. After posting a few cryptic messages on social media, she finally decided to be more clear with a clapback aimed at her critics.

Social media erupted when Larsa Pippen was spotted looking very cozy with Minnesota Timberwolves player Mailk Beasley while the two were out in Miami. Malik’s wife, Montana Yao said that she was blindsided by the news and found out about the alleged affair when the rest of the world did.

Well now, Larsa is continuing to take baby steps to clear her name. In her latest post on Instagram, she wrote “Don’t judge me until you know me. Don’t underestimate me until you challenge me. And don’t talk about me until you’ve talked to me.”

As we previously reported, Montana recently confirmed that she has obtained a lawyer and is moving forward with divorce proceedings despite the couple only recently tying the knot in March of this year.

Meanwhile, a set of other women have also come forward and claim to be having an affair with Mailk, who now states that he and Montana have been separated for months, so his relationship with Larsa was not going against his marriage. 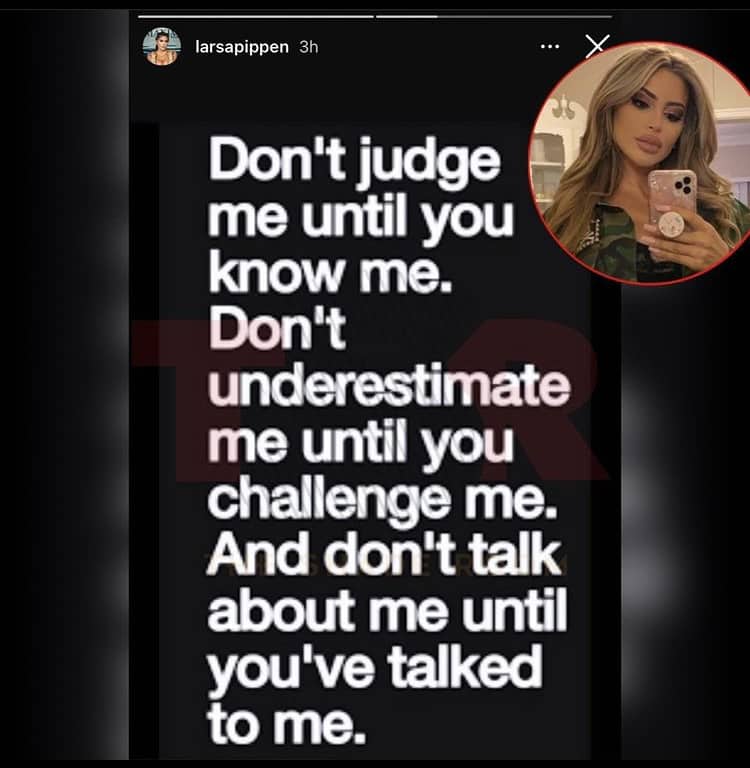