Reginae Carter Debuts Her Brand New Song At Her Recent Birthday Party—“Feels Good To Be Singing My S**t!” - The Shade Room
Celebrity News

Reginae Carter Debuts Her Brand New Song At Her Recent Birthday Party—“Feels Good To Be Singing My S**t!”

Roommates, while fans are still talking about her recent star-studded birthday party, they might have missed the part when Reginae Carter actually performed her brand new song. Posting a clip to Instagram, Reginae provided footage of herself singing along to “Truth,” which features her flexing her vocal ability.

By the looks of things, Reginae Carter had one of the biggest celebrations during the quarantine, as a host of celebrities were in attendance to help her usher in officially turning 22. During the party, she took some time out to debut and perform her song “Truth” and shared the clip on her IG.

She captioned the video, writing:

“It’s my mama and my daddy for me. Every song I somehow turn it into a performance feels good to be singing my own s**t! Lol go get that “TRUTH” on all platforms!!” 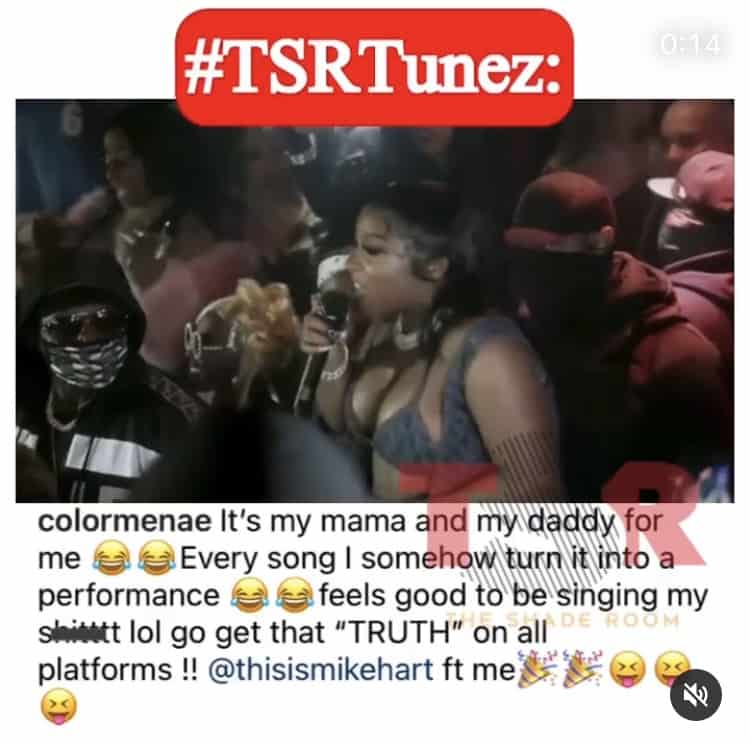 As we previously reported, in addition to recently celebrating her heavily attended birthday party, Reginae Carter also received another gift—getting back together with her ex-boyfriend YFN Lucci. Not only did he throw her birthday party, but Lucci and Reginae have officially rekindled their relationship and were recently seen riding around together all boo’d up.

Despite Reginae previously saying that she was done with dating rappers and bad boys, she has clearly had a change of heart and wants that old thing back, which is another go ‘round with Lucci.