Now if you’ve been under a rock since last night, you may have missed when Spectacular stepped into The Shade Room and pretty much called out Tory Lanez and accused him of stealing Pretty Ricky’s samples for their hit songs “Grind On Me,” and “Your Body.”

Tory quickly clapped back to let him know that he got his paperwork correct and obtained the music the right way and brought the rights from the publishers of the music before releasing it on his project. Spectacular then responded to let Tory know that he owns his masters.

We exclusively spoke to Tory and he provided us with the receipts to show that he got the clearance for the record and that Sony/ATV and the writers were paid. Tory most recently featured the sample of Pretty Ricky’s song “Your Body” on Chixtape 5 for his record “Yessir.” The receipts show that the record was cleared and breaks down who has what percentage of the sample. 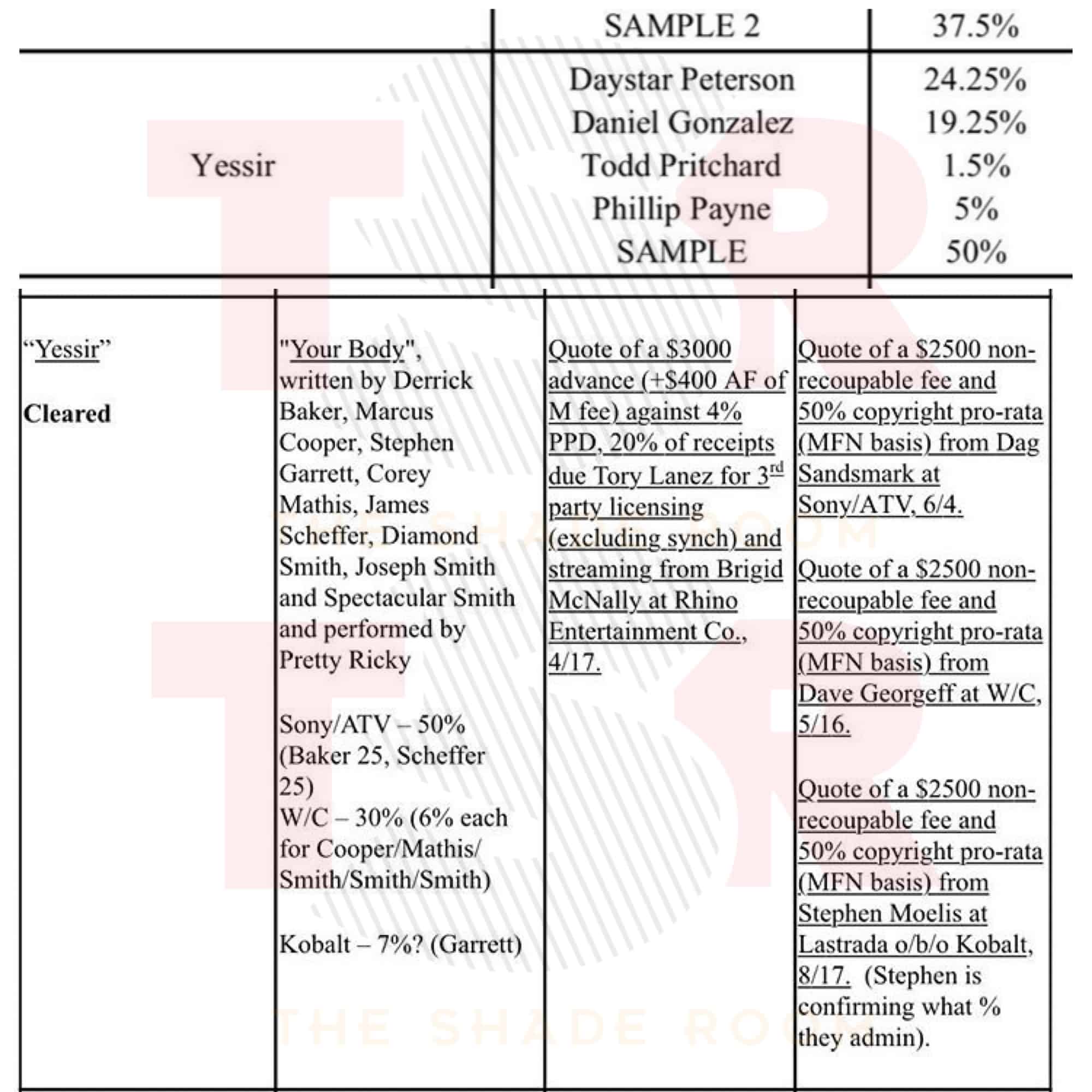 It was also revealed that Slick’em, Baby Blue, and Pleasure P were going to be featured on the record, and in fact, Pleasure P was apparently in the studio when Tory recorded “Yessir,” for his project.

Tory released his “Chixtape 5” project last November and sampled songs from other artists such as T-Pain, Ashanti, Chris Brown, Trey Songz, Mario, Snoop Dogg, and a host of others, who were also featured on the songs along with him.

#PressPlay: #Spectacular stepped into The Shade Room with a message for #ToryLanez 👀 #PrettyRicky

Oop!! #Spectacular stepped into #TheShadeRoom with another message for #ToryLanez!! (Swipe for previous post)