Roommates, it’s been almost two weeks since Joe Biden was officially declared President-elect of the United States—and also almost two weeks that Donald Trump has repeatedly continued to falsely claim that the election results were rigged. He’s recently taken things a step further by sending his supporters text messages that encourage them to help him “fight” so that the Democrats don’t “steal the election.”

A Republican firm run by a top aide to Donald Trump’s 2020 campaign appears to have helped send unmarked text messages which urged his supporters in Philadelphia, Pennsylvania to converge outside a building where local election officials were previously counting votes before Joe Biden was declared the winner in the state—and also send in a financial contribution to help him defeat the Democrats who he falsely believes have stolen the election from him.

“We’ve won a court battle in PA, but we’re not done yet. Pres Trump needs your help to ensure the Left doesn’t try to STEAL this Election. Act.”

The messages were sent from phone numbers that had been leased by Opn Sesame, a company that offers texting services to Republican candidates and causes. Opn Sesame is run by Gary Coby, the digital director for Trump’s 2020 campaign, and the company has worked for years on behalf of a number of key GOP clients, including members of the Republican National Committee. 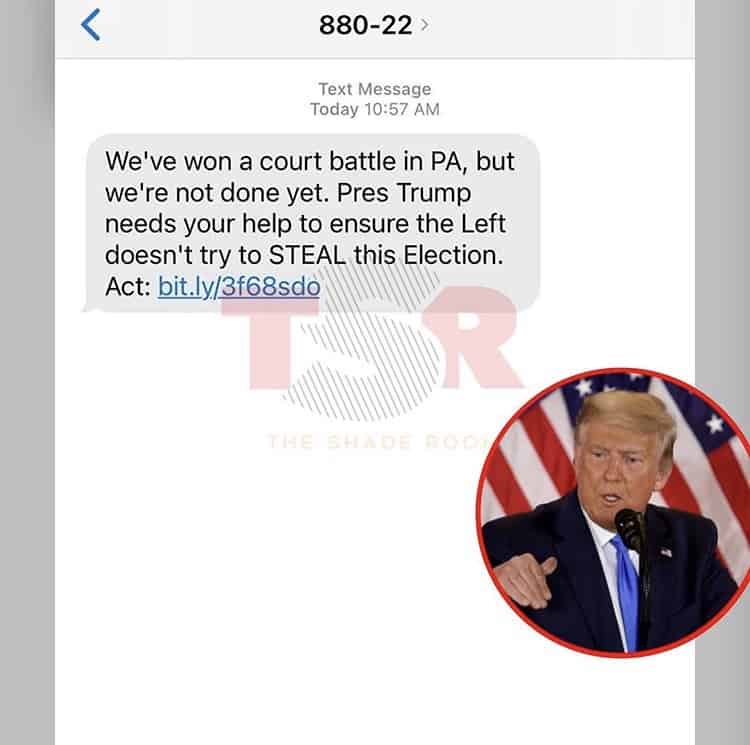 CBS Scraps ‘The Activist’ After Receiving Backlash On Social Media, Reworking It As A Documentary